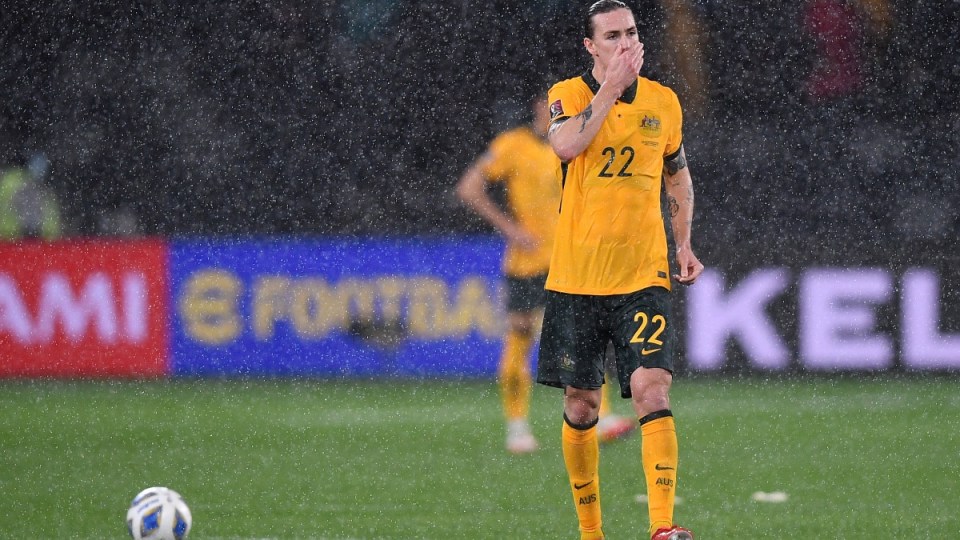 COVID-19 has caused further havoc in the Socceroos’ preparations to their crunch World Cup qualifiers against Japan and Saudi Arabia, with Jackson Irvine and Craig Goodwin both ruled out.

As a result, Melbourne Victory young gun Ben Folami has received his first call-up while Blackpool midfielder Kenneth Dougall has been recalled.

The enforced squad changes come after head coach Graham Arnold went into self-isolation after testing positive for coronavirus a second time on Thursday.

We have today been advised of two changes to the @Socceroos squad for Australia’s forthcoming @FIFAWorldCup fixtures against Japan and Saudi Arabia.https://t.co/4TTfS65oex

Under NSW Health regulations, Arnold – who is vaccinated, has had a booster shot and is asymptomatic – would be able to leave isolation on Thursday.

However, he would be required to return a negative PCR test result to be able to take his place on the bench for the crunch qualifier against Japan.

Midfielder Aaron Mooy had previously been ruled out due to contracting COVID-19.

Thursday’s clash with Japan in Sydney and the March 30 away game against Saudi Arabia are must-wins if the Socceroos are to secure automatic qualification for Qatar 2022.

Australia is third in its group on 15 points, four adrift of leaders Saudi Arabia and three behind Japan, which would force them into the unwanted playoff route.