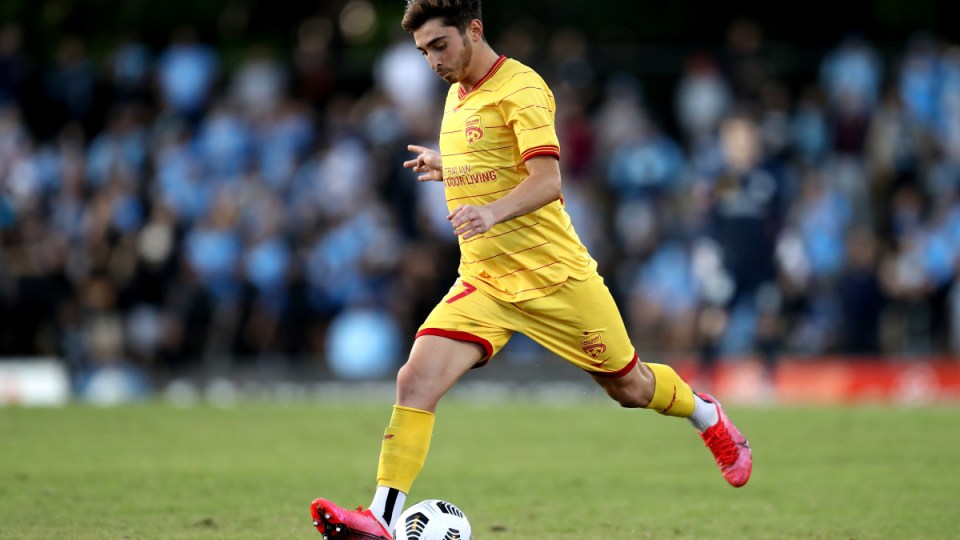 Melbourne Victory have been fined over some fans' homophobic abuse of Adelaide's Josh Cavallo. Photo: AAP

Melbourne Victory’s response has allowed it to escape with a $5000 fine over the actions of spectators who yelled homophobic slurs at Adelaide United’s Josh Cavallo during an ALM match at AAMI Park.

Announcing the penalty, Football Australia said there were key measures taken by the club and other supporters which contributed to the light financial penalty.

But FA noted the fine was necessary because “clubs are ultimately responsible for the actions of spectators”.

Cavallo became the only openly gay player in an elite soccer league worldwide after coming out publicly last October.

He called out the homophobic abuse from the crowd after playing against Victory at AAMI Park on January 8.

– The club’s commitment to ban any individuals identified as engaging in the conduct from attending future matches.

“We look at all incidents on a case-by-case basis and take into consideration the totality of the situation and behaviours,” said Johnson.

“This is not a situation where the club has been sitting on its hands.

“The club provided a detailed submission, and it has taken a strong stance against anti-social behaviour — both by its actions before and after this incident.

“This is a case of a small number of individuals acting in a way that does not reflect the values of our sport.

“To be clear, the actions of the spectators responsible for using homophobic slurs against Josh Cavallo were completely unacceptable.

“We understand that some individuals were removed from the stadium on the night and we will continue to work with the club and the Australian Professional Leagues to ensure that they — and any other individual identified as engaging in a discriminatory act like this at a match — are banned from attending future football matches in Australia.

“The club is already undertaking new initiatives to promote diversity and inclusion.

“Again, I want to thank Josh for his courage in calling out this unacceptable behaviour and the club for its swift and strong response.

“In issuing the sanction Football Australia is warning all participants and fans of the need to work together to ensure everyone can freely participate in our sport regardless of age, gender, sexual orientation, ability or disability, cultural or religious background.”