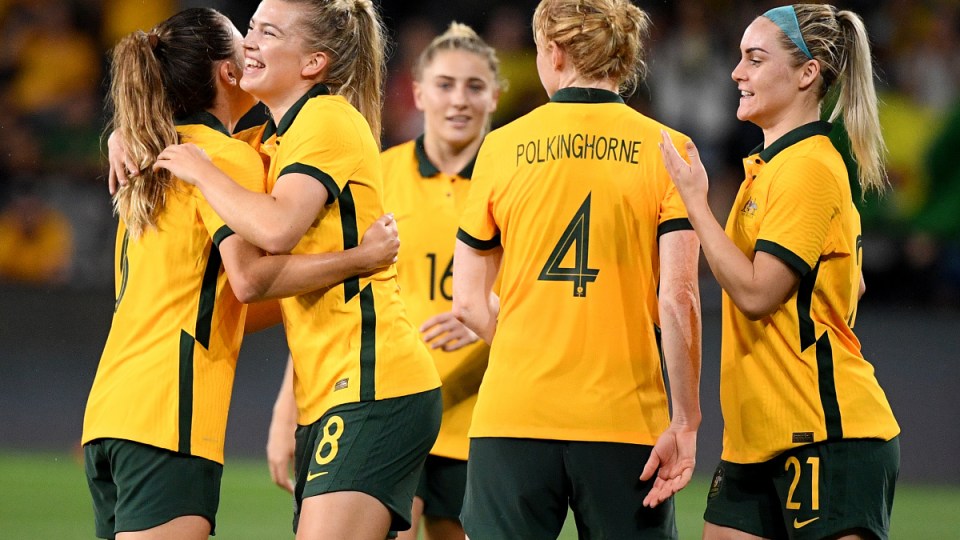 The Matildas are hoping to back up their game one 3-1 win over Brazil on Tuesday night in Sydney. Photo: AAP

Matildas coach Tony Gustavsson says the message is clear as they take on Brazil for the second time in the space of a week: Back it up.

A 3-1 win at CommBank Stadium was just the third of Gustavsson’s tenure and his first on home soil.

The Swede’s side played well, with their pressing game allowing them to test Brazil.

At times, however, they looked vulnerable at the back and were not assured of the result until Emily van Egmond scored their third to seal the victory with 10 minutes to go.

While the fitness of those returning from injuries will be monitored before Tuesday night’s fixture at the same ground, Gustavsson said he didn’t want to make mass changes for the sake of it.

“We’ll take look at risk versus reward and how many minutes they can play,” he said on Monday.

“You will probably see a balance of consistency and cohesion.

“Were there some good things in our performance? Yes.

“But there were some areas where we were vulnerable, we got dispossessed in bad areas and their transition game hurt us and could have cost us.

“I want to see a team that steps on the park and can show we can deliver a performance back to back and play with the same intensity, energy, commitment and mindset.

“It’s a game where I want to not just say: ‘Hey we got that win’. Complacency (comes in), a bit of rotation and then all of a sudden, the game becomes something different.

“This is an important game to keep rebuilding and I want to see that mindset tomorrow.”

“There is just something about Mary!” 😂

One player who home fans will be hopeful of seeing more of is van Egmond, who was restricted to a bench spot on Saturday.

Absent from the loss to Ireland last month, the midfielder made up for lost time by assisting Mary Fowler before ending Brazilian hopes of a late comeback.

Crucially, though, the 28-year-old offered Gustavsson a point of difference as Australia deployed a 4-3-3 formation.

“It’s impressive that she came in and performed that way because she’s not been training at club level for a long time after the Olympics,” Gustavsson said.

“That’s one of the reasons she started on the bench.

“She got a good training week with us, then she came on in the second half and got that goal but also the assist as well.

“Going to a 4-3-3 we can put her higher up the park and she can float in that area between opponents’ midfield and backline.

“She can have those late runs into the box that we’ve seen her score from before.”

.@jada_whyman joins the squad as an injury replacement.

Meanwhile, the Matildas have brought Sydney FC goalkeeper Jada Whyman into the squad on Tuesday after Teagan Micah suffered a hip injury in the warm-up on Saturday.

Matildas search for repeat performance of win over Brazil