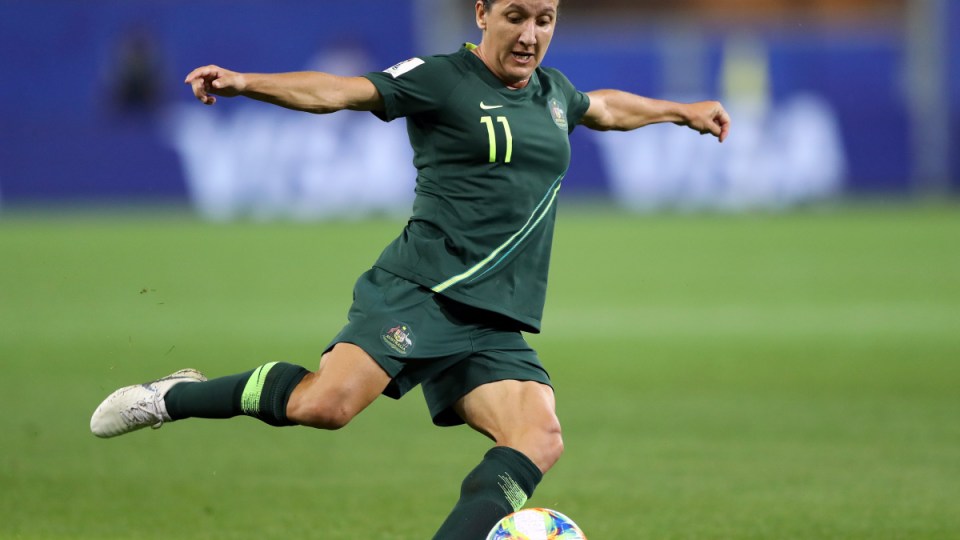 De Vanna and former teammate Rhali Dobson are the latest top Australian sportswomen to go public with allegations of a toxic culture while they were competing.

A Swimming Australia investigation is ongoing into allegations of an abusive culture in the sport while women’s hockey and gymnastics in Australia have also probed similar claims.

De Vanna has alleged she suffered same-sex sexual harassment, abuse and bullying during her decorated 150-game international career with the Matildas.

Australia’s second-highest goalscorer in senior internationals, De Vanna says the incidents dated back to 2001, when she joined the Young Matildas squad as a 17-year-old.

“I was pulled down from behind and dry-humped by a few of my teammates,” she told News Corp.

“I fought my way off the floor kicking and screaming.

“They thought it was funny. I was just a young kid from Perth, I didn’t know any different. I lost my shit and wanted to punch them.

“In any sporting organisation and in any environment, grooming, preying and unprofessional behaviour makes me sick.

“As a youngster and a player I didn’t know how to address this … but it is still happening across all levels and it’s time to speak up.”

FA, in a statement on Wednesday, said it had met De Vanna “and heard her grievances”.

“The specific allegations made public were not raised with us in that meeting,” FA said.

“In the event that Lisa chooses to lodge a formal complaint through the appropriate channels, we will be in a position to investigate and, if appropriate, act accordingly.

“We encourage anyone to bring forward their concerns through Football Australia’s formal complaints process … any such matter will be taken seriously and investigated thoroughly.

“The same process is open to Rhali Dobson and other former players and staff to formally bring forward any claims.”

W-League stalwart Dobson has also alleged she was a target of sexual harassment in her career.

“We recognise that the decision to speak publicly would not have been made lightly,” the PFA’s co-chief executives Beau Busch and Kathryn Gill said in a statement.

“It is critical that the sport provides a safe and inclusive workplace and, importantly, the players are supported to come forward.”