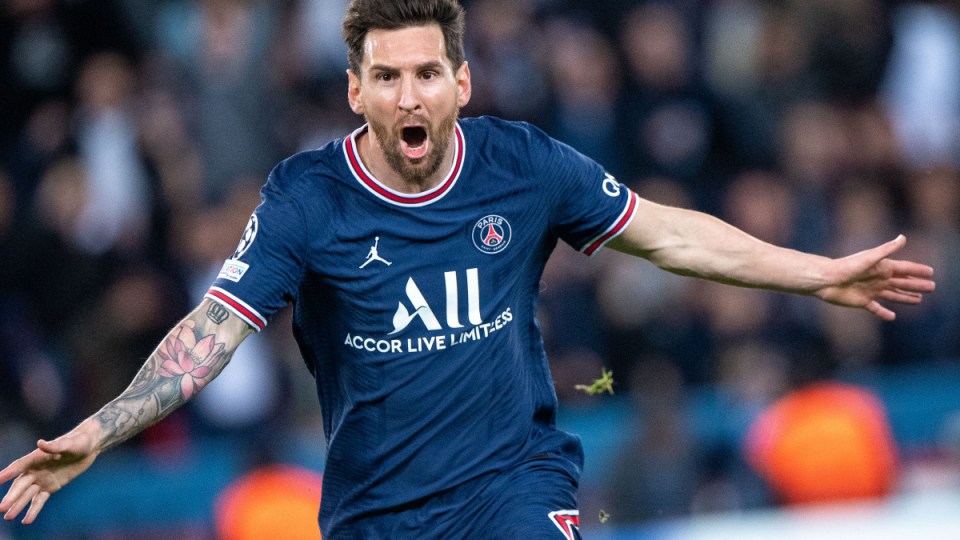 Lionel Messi has scored his first Champions League goal for Paris Saint-Germain since his summer move from Barcelona as his new club defeated Manchester City 2-0.

But he has had to share the headlines with the hitherto unknown Sebastien Thill.

The Luxembourg international scored a stunning injury-time winner for Moldovan outsiders Sheriff Tiraspol away to 13-time winners Real Madrid in an extraordinary upset.

Elsewhere Liverpool won 5-1 away to Porto while AC Milan, having led 1-0 with 10 men until the 83rd minute, lost in injury time to Atletico Madrid.

There were also wins for Club Bruges, Ajax and Borussia Dortmund, while Inter Milan drew with Shakhtar Donetsk.

PSG had taken the lead through a less-expected source, Idrissa Gana Gueye scoring with a powerful finish after eight minutes.

With Raheem Sterling and Bernardo Silva both hitting the bar within the space of a few seconds midway through the first half, and Gianluigo Donnarumma in fine form, City was unable to reply.

If all eyes were on Paris, attention was increasingly drawn to Madrid after Jasurbek Yakhshiboev headed the Champions League newcomers into the lead after 25 minutes.

It was not until Karim Benzema converted a 65th-minute penalty that Real levelled, but it was then expected to go on and win.

However, staunch defending and goalkeeping kept Madrid at bay until a rare Sheriff attack ended with Thill thrashing a shot into the net from the edge of the area.

The dominant performance came from Liverpool.

Mohamed Salah (2) and Sadio Mane put them 3-0 up inside an hour, Roberto Firmino added two more as Diogo Costa had a nightmare evening in the Porto goal.

In the same group Milan, playing with 10 men after Franck Kessie was dismissed after half an hour, held on to Rafael Leao’s 20th-minute strike until Antoine Griezmann’s first goal since returning from Barcelona, and an injury-time Luis Suarez penalty, broke them.

Bruges, which drew with PSG in its opening game, shocked RB Leipzig with a 2-1 win in Germany.

In group C Borussia Dortmund and Ajax both made it two wins from two, beating Sporting of Lisbon and Besiktas 1-0 and 2-0 respectively while Shakhtar Donetsk, cheered on by Ukraine’s newly-crowned world heavyweight boxing champion Oleksandr Usyk, held Inter Milan.