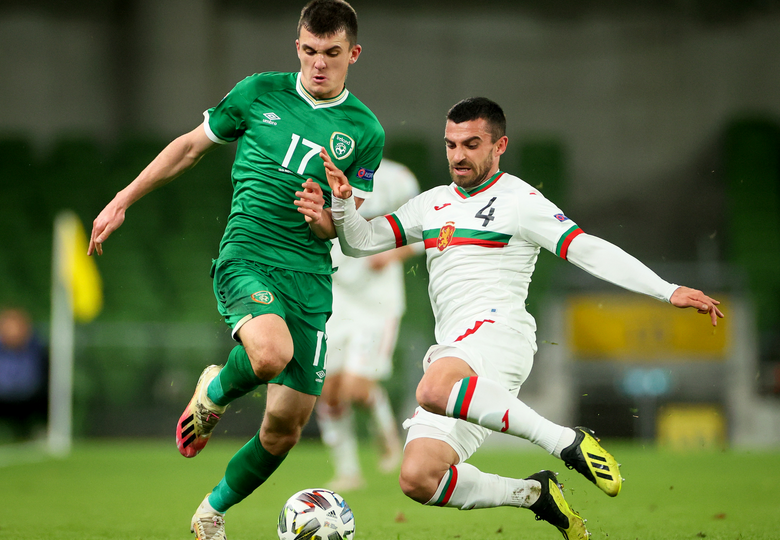 Ireland has suffered an “embarrassing” 1-0 home defeat to Luxembourg in a shock World Cup qualifying result, while Belgium and Portugal both dropped points.

Gerson Rodrigues condemned the Irish to defeat in Dublin as Luxembourg won a World Cup qualifier for just the sixth time in its history.

The striker blasted home an 85th-minute winner to all but end Ireland’s hopes of making it out of Group A after two losses to start its campaign.

“We didn’t deserve anything from the game, so I think that says it all, really.”

Can Ireland just forfeit the rest of World Cup Qualifying? Losing to Luxemburg at home is a crime against humanity.

The defeat piles the pressure on Ireland manager Stephen Kenny, who has not had a win in his first 10 matches at the helm.

Serbia, which accounted for Ireland earlier this week, tops the group after its 2-2 draw with European champions Portugal.

Diogo Jota’s double put the visitors firmly in control at the break but second-half goals from Aleksandar Mitrovic and Filip Kostic saw the game finish all square, despite Nikola Milenkovic being sent off in stoppage time.

Lukas Provod put the hosts ahead early in the second half before Romelu Lukaku levelled things up after an hour.

In Group G, the Netherlands got their qualifying campaign back on track with a 2-0 home win over Latvia in front of 5000 spectators in the Amsterdam Arena.

Steven Berghuis and Luuk de Jong scored in each half as the Dutch responded to a surprise loss to Turkey in Istanbul on Wednesday.

Turkey maintained its 100 per cent record with a comfortable 3-0 win over Norway, which had substitute Kristian Thorstvedt sent off late on.

Stevan Jovetic was on target in Montenegro’s 4-1 victory against Gibraltar.

Russia tops the group with six points after it beat Slovenia 2-1.

Artem Dzyuba scored twice for the hosts before Josip Ilicic pulled a goal back.

Slovakia came from two goals down to earn a 2-2 draw at home against Malta.