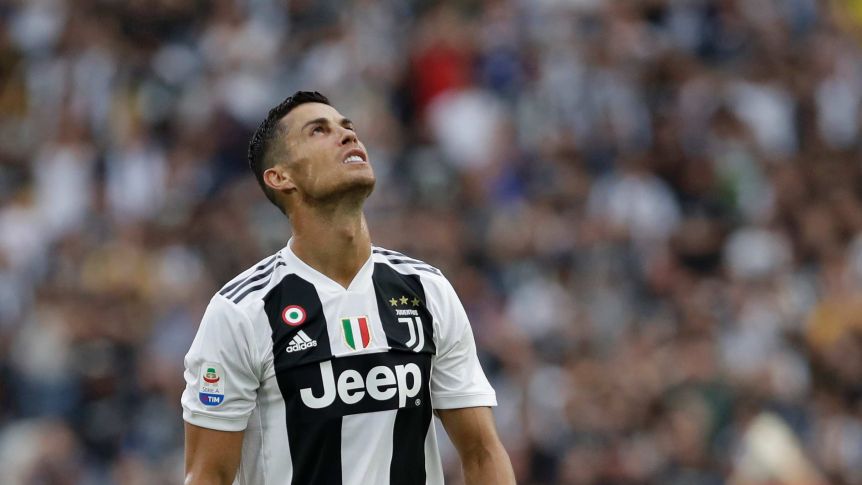 Juventus star striker Cristiano Ronaldo has scoffed at the positive coronavirus test that sidelined him from a much-anticipated duel with Barcelona’s Lionel Messi in the Champions League.

Ronaldo was left out of the Juventus match day squad for the Champions League game on Wednesday, more than two weeks after the 35-year-old superstar initially tested positive for COVID-19.

The quarantined Portuguese striker, who reportedly has no symptoms, posted a dismissive message both on Twitter and Instagram, where he added a comment about the swab test that confirmed he still carries the virus.

“PCR is bullshit,” he wrote in reference to the polymerase chain reaction test widely used to detect positive coronavirus cases.

His post, which he later deleted, was criticised, among others, by Paolo Ascierto, a doctor at a Naples hospital who has often intervened on issues relating to Sars-CoV-2.

“He was wrong in using those words,” Ascierto was quoted as saying in Italian media. “The swab test is the only way, as of today, to tell if an individual is positive. It is something serious, not a joke.”

His side felt his absence as they slumped to defeat in Turin, with an early goal from Ousmane Dembele and a late Lionel Messi penalty giving Barcelona a 2-0 win.

Alvaro Morata had three goals disallowed for offside for the Serie A side.

Dembele struck with a deflected shot in the 14th minute for a Barcelona side smarting from Saturday’s home defeat by Real Madrid and rocked by the resignation of club president Josep Maria Bartomeu.

Juventus were frustrated as Morata had two goals disallowed in the first half and a third after halftime when VAR showed his heel was offside.

Juve’s frustration was complete as defender Merih Demiral was sent off in the 85th minute and Messi settled the match with a stoppage-time penalty to leave Barcelona top of Group G with six points and Juventus on three.

United, who started with Paul Pogba in the side and Rashford and Bruno Fernandes on the bench, took the lead in the 21st minute through Mason Greenwood, who delivered a clinical finish after being slipped through by Pogba.

Rashford came on for Greenwood in the 63rd minute and soon set about deciding the match, after the Germans had looked capable of causing United problems.

The England striker raced on to a long ball from Fernandes to make it 2-0 in the 74th minute, with the initial offside call being overturned on review.

Rashford made it 3-0 after Fred robbed Marcel Sabitzer and Anthony Martial added the fourth from the penalty spot.

The hat-trick, inside 29 minutes, was completed in stoppage time when Rashford blasted home after good work from Martial who cut in from the left.

United have the maximum six points from their opening two games in the group.

In other matches, Paris Saint-Germain won 2-0 against Istanbul Basaksehir despite losing superstar Neymar to a hamstring injury.

The Brazil international Neymar lasted just 26 minutes in Istanbul after attempting to carry on after having a heavy bandage applied to his thigh, but was soon replaced by Pablo Sarabia.

Last season’s competition finalists grabbed the win thanks to a brace from Moise Kean, who first headed in Kylian Mbappe’s corner before firing past Mert Gunok 11 minutes from time.

In Russia, Chelsea were not at their best but were still too strong for Krasnodar beating the hosts 4-0.