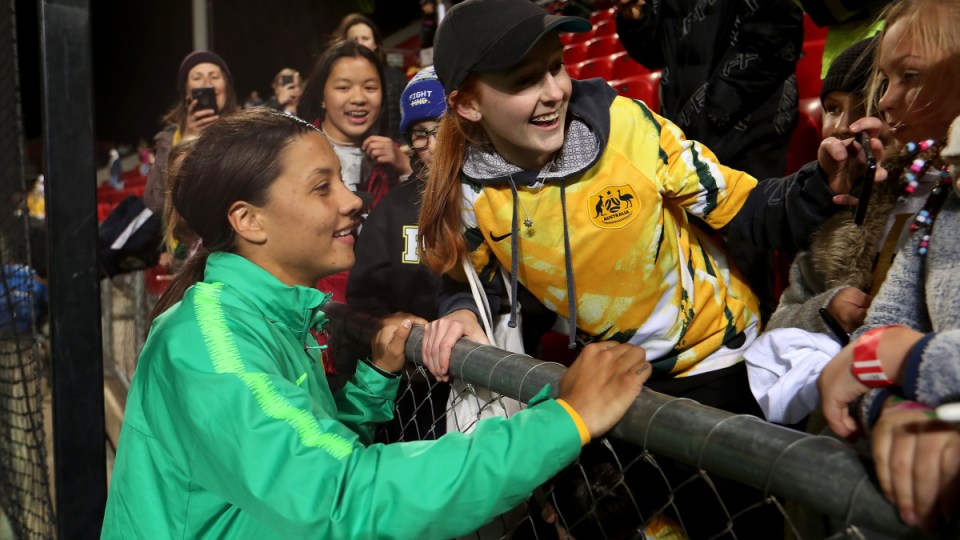 Kerr suffered the injury while playing for her new English club Chelsea against Arsenal last month and will now get a little more valuable recovery time.

Relocated to Sydney from China at late notice due to the coronavirus outbreak there, the last three match days for the four-team tournament were pushed back on Sunday.

Following Monday’s tournament opener between Thailand and Taiwan at Campbelltown, there will now be double headers on February 7 and 10 at the same ground and the Matildas’ final match against China will be played on February 12 at Bankwest Stadium.

The latest changes were made out of fairness to China’s team, which has been kept in quarantine lockdown at its Brisbane hotel since arriving last week.

FFA said on Sunday the final-day clash between Australia and China could yet be moved back to February 13 to allow the teams more rest.

Matildas coach Ante Milicic said the repeated changes had been challenging for all teams, but the latest delay could help due to Kerr’s injury.

“Probably those extra days worked in her favour and our favour,” Milicic said.

“Sam is not at full training at the moment, but she is making good progress every day.

We are really pleased with the way she is going. But at the same time there is player welfare involved and we won’t risk Sam or any player.’’

China’s team must remain in quarantine until Wednesday, two days before its opening game against Thailand.

“They have not been able to train since they entered the country,” FFA CEO James Johnson said.

“They have been isolated in Queensland … so the matches need to be pushed back to ensure that in all fairness to the participating teams they can have an opportunity to prepare for the matches.”

Football: All eyes on injured Sam Kerr as Matildas gear up for Tokyo