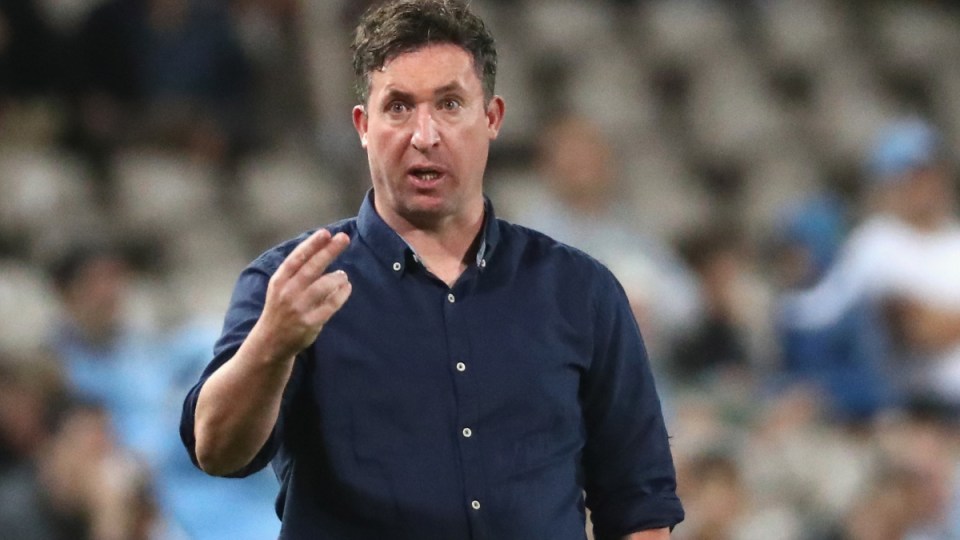 In Sydney, Roar capitulated to a 5-1 defeat at the hands of a rampant Sydney FC.

Though both Babbel and Fowler bring an undoubted sense of glamour to the A-League thanks to their playing pedigrees, public profiles and – in Babbel’s case – forthright ability to produce a soundbite, questions are being asked of the pair’s abilities in the dugout.

Despite being in his second season at the Wanderers, the German gaffer is still yet to instil a clear and consistent ethos in his side.

Even given some unlucky refereeing, it’s becoming increasingly likely that their four-game losing streak is perhaps more reflective than their winning run to begin the season.

Fowler’s long and direct style – derisively nicknamed Brexitball by some on social media – is currently committing the cardinal sin of being poor to watch while also not delivering results.

Managers can sometimes get by without one as long as they have the other but not usually both.

Both men need some of Jurgen Klopp’s magic for Christmas.

Previously flying high under new coach Erick Mombaerts, Melbourne City ran into a purple brick wall on Friday night as it was downed 3-0 at AAMI Park by Perth Glory.

Glory was happy to batten down the hatches against an ineffectual attack and never looked in doubt once it took the lead.

Another striker haunted his former side on Sunday afternoon when a Besart Berisha double helped propel Western United to a 3-1 win over Melbourne Victory and snapped its three-game losing streak.

Despite dominating the game on the stat sheet, Victory’s inability to break down its new rivals has given new life to the pressure around coach Marco Kurz that was momentarily halted after its win last week.

An 83rd-minute effort from James Troisi was enough to seal a 2-1 win for Adelaide United over Newcastle Jets in stifling South Australian conditions in the round’s final game.

Brisbane bounce back in W-League

Brisbane Roar recorded its first win of the 2019-20 W-League season on Thursday night after beating Canberra United 2-1 at McKellar Park.

Though plaudits have to be given to Mackenzie Arnold for her last-second save to deny Leena Khamis and protect the win – it’s hard to go past Katrina Gorry’s time wasting via malicious compliance as the moment of the round.

Rebounding from their disappointing run at the inaugural AFC Women’s Championships, Melbourne Victory denied Western Sydney Wanderers a win for the first time this season after it held the red-hot Red and Black to a 1-1 draw at Morwell.

Out west, Perth’s difficult start to life without Sam Kerr continued as Glory was downed 2-1 by Newcastle Jets in Saturday’s final contest.

And finally, to Ange-mania, which was well and truly running wild after the former Socceroo coach’s triumph in the J-League.

Now acknowledged as Australia’s greatest coaching export, Ange Postecoglou made history when his Yokohama F. Marinos defeated FC Tokyo 3-0 – a coaching feat right up there with his 2015 Asian Cup victory with the Australians.

The 54-year-old only arrived in Japan two years ago following his departure from the Socceroos at the end of their successful campaign to qualify for the 2018 World Cup.

Though Yokohama flirted with relegation in his first season in charge, his belief in his positive attacking style – football he says his now late father would have wanted to watch – never faltered.

Just a year later, despite the barriers of language and culture, his side are champions. A remarkable achievement.

Round ball round up: Pressure builds on losing A-League coaches