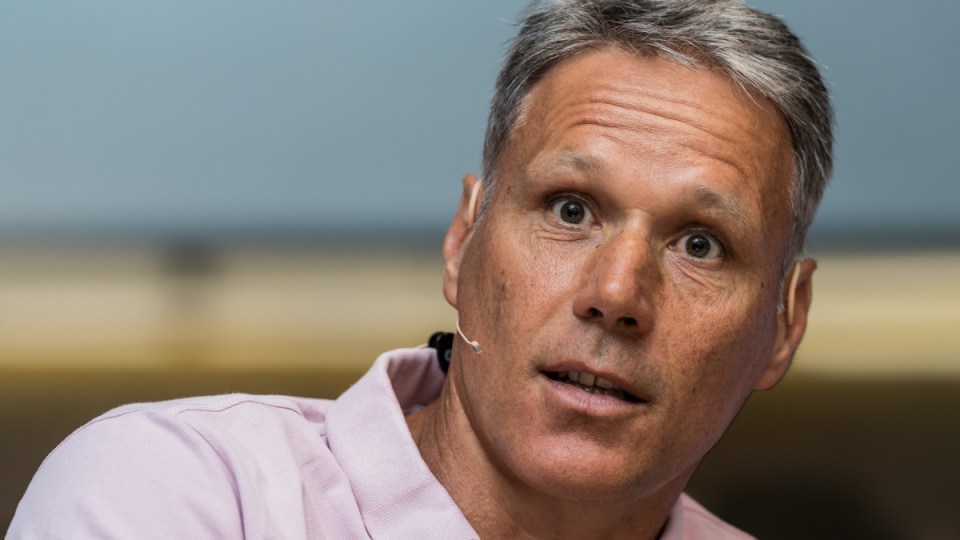 Marco van Basten has been suspended for a week by FOX Sports in Holland for his “stupid and inappropriate” on-air reference to Nazi Germany.

The phrase is associated with the Nazi regime and the 55-year-old Ajax great issued an apology suggesting he was referring to his colleague Hans Kraay’s pronunciation during the interview.

He has nevertheless been stood down by the broadcaster for next week’s program, with his fee donated to a suitable charity.

“Marco van Basten made a mistake last Saturday in the De Eretribune program. With a wrong joke at the wrong time, he missed (the target) that evening,” a statement from the company read.

“What happened was stupid and inappropriate and FOX Sports … has therefore decided this week to abandon the services of Marco van Basten as an analyst at FOX Sports.”

The footballer’s fee will be donated to the Netherlands Institute for War Documentation (NIOD), to promote awareness and knowledge about the history of the Second World War.

He will return to De Eretribune on Saturday, December 7.