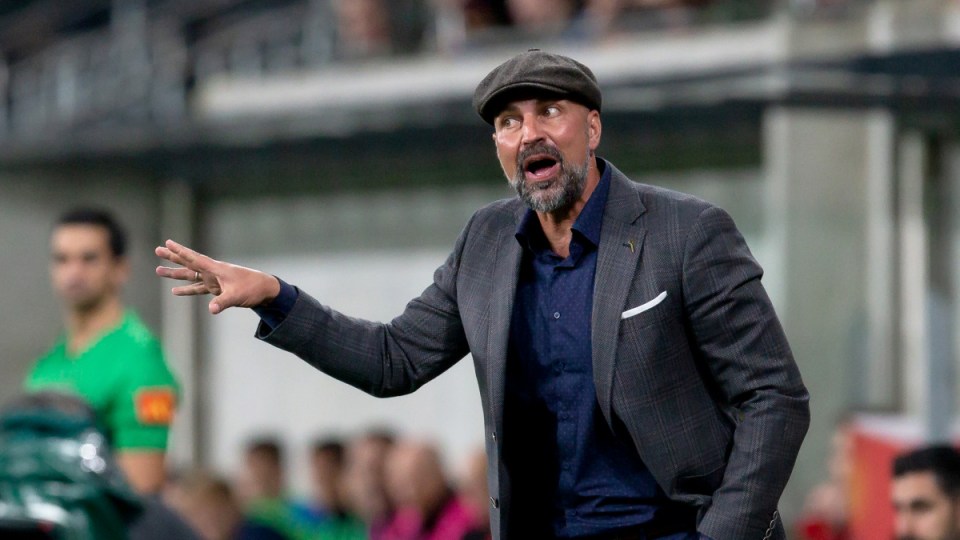 The story of the A-League round came in Sydney’s west, as a controversial penalty swung the momentum as top-of-the-table Melbourne City downed Western Sydney Wanderers 3-2 at Bankwest Stadium.

Taking the lead after Bruce Kamau set up Kwame Yeboah in just the second minute, the Wanderers had initially looked like they were sitting pretty against a blunt City.

Yet, a disputed decision to award City a penalty in the 56th minute by referee Chris Beath after an apparent foul on City prodigy Denis Genreau allowed Jamie Maclaren to level things up.

Just under 20 minutes later, Maclaren turned provider with a cross that Josh Brilliante – still tormenting the Wanderers despite switching from Sydney FC – steered home from close-range.

Nonetheless, the Wanderers answered back in the 80th when Yeboah fired in from close range.

But in the 92nd minute Lachlan Wales – the subject of much controversy after his Olyroos suspension midweek – picked out Maclaren inside the penalty area to fire home for his 19th goal in 12 games for club and country in 2019/20.

Speaking to media post-game, Wanderers Head Coach Markus Babbel was unable to contain his fury when asked about the contentious penalty’s veracity, proclaiming; “is that a serious question? Serious question? F––––sake. No Comment.

Babbel will likely face a fine for his post-game antics but, judging from the reaction of the Wanderers faithful, he probably won himself an even greater admiration from the red and black faithful in return.

Wellington Phoenix captain Steven Taylor put his club ahead after just ten minutes and Ulises Dávila made it two in the 49th.

Though Stefan Mauk got a late goal back, the result marked a depressing return to dour reality for the Roar after their breakthrough 4-3 win over City last week.

Riley McGree – playing in his first game since also receiving a ban from national team duty – made it 1-0 in the 23rd minute only for Ola Toivonen to even it up  in the 61st minute.

The Reds restored their lead just moments later through an own goal from Migjen Basha. The in-form McGree nailed a brace five minutes later to seal a comfortable win and send Victory second-bottom of the league.

There was also no Grand Final revenge for Perth Glory in Saturday’s final contest, as Tony Popovic’s side went down to defending champions Sydney FC in the west.

A 12th minute penalty from Adam le Fondre quickly had the Harboursiders ahead at HBF Park but Bruno Fornaroli sealed his place as the quickest player in A-League history to 50 goals with an equaliser in the 44th minute.

Alas for Glory, played onside by millimetres, Kosta Barbarouses restored the visitors lead in the 58th minute and Milos Ninkovic made it 3-1 in the 65th.

Popovic said after the game his backline needed “time” before they were to fire on all cylinders.

The round’s final contest in Gosford saw a little piece of history made as Central Coast Mariners consigned Western United to back-to-back defeats for the first time in their existence.

Defending premiers Melbourne Victory recorded their first win of the season after a spectacularly well-taken goal from Natasha Dowie propelled them to a 3-2 win over Brisbane Roar.

They now travel to South Korea as Australia’s first-ever representatives in the AFC Women’s Club Championship.

In South Australia, defending champions Sydney FC made it two wins from two and went top of ‘the Dub’ after a tight contest against Adelaide United.

Matildas’ attacker Caitlin Foord turned in a Chloe Logarzo cross in the 57th minute for the game’s only goal.

Leaving it incredibly late, Melbourne City was able to join their crosstown rivals in recording their first win of the season after coming back from a Katie Stengel-supplied deficit to defeat Canberra United 2-1 in the nation’s capital.

A 66th minute goal from Serb international Milicia Mijatović and a penalty from Matildas’ stalwart Emily van Egmond in the 94th minute did the damage.

The Best of the Rest

The eyes of the footballing world rested squarely upon one man over the weekend – and he probably wouldn’t have it any other way.

José Mourinho took up a position in the Tottenham Hotspur dugout for the first time on Saturday night and watched on as his new side recorded a 3-2 win over London-rivals West Ham.

The scoreline, though, flattered a shambolic Hammers side.

Unfairly maligned after his stint at a Manchester United, Mourinho’s appointment – made mid-week after Spurs sacked Mauricio Pochettino less than 12 months after he took them to the Champions League final – was a move that launched a thousand think-pieces.

However, regardless of the detractors, the 56-year-old remains one of the most successful managers in world football.

Football round up: Babbel lets loose in wake of Western Sydney loss