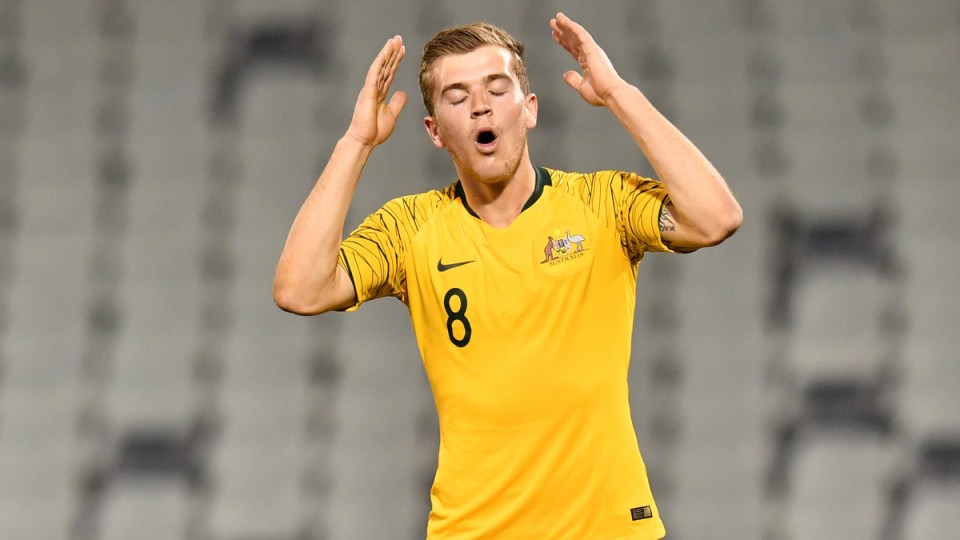 Lachlan Wales, Nathaniel Atkinson and Brandon Wilson will not feature in a potential Olympics campaign next year while rising star Riley McGree will play no further part in the Olyroos’ qualifiers after they were suspended for “unprofessional conduct” involving a woman.

In April this year, a woman complained about the quartet, which was in Cambodia with the Olyroos for the AFC U-23 championship qualifying tournament, leading to a lengthy FFA investigation.

McGree has been banned from international duty until April 1, while Wales, Atkinson and Wilson were hit with longer bans through to August 10, meaning that trio cannot be selected for the Tokyo Olympics.

All four players will also be suspended for January’s AFC under-23 championships, the qualifying tournament for the Olympics.

The squad has continued to excel without the four in warm-up tournaments, winning against DPR Korea 4-0 on Monday and 5-1 against China last Friday.

McGree has had a stellar start to his return to Adelaide United, scoring four goals in his first five A-League games but will now be ineligible for Socceroos consideration, including for World Cup qualifiers against Nepal and Kuwait in March, until his ban expires.

McGree, Atkinson, Wales and Wilson did not travel with the Olyroos to China on November 9 as sanctions were pending.

The FFA said the four players would also participate in education courses and counselling as a result of the code of conduct breach.

“These sanctions are commensurate to the nature of the breaches of the National Code of Conduct which is in place to safeguard both the players and the reputation of Australian football,” FFA chairman Chris Nikou said in a statement.

“Upholding our commitment to respect and responsibility cannot be compromised. Our game is built on equality, inclusivity and respect and these are values that we will continue to uphold.

“The players have understood the gravity of their actions and have positively commenced respectful relationship programs that will ensure they appreciate these values in the future.”

The players can appeal against FFA’s ruling to the independent FFA disciplinary and ethics committee.

The players’ union, Professional Footballers Australia, said it would provide support to all four players.

“The PFA has, and continues to, represent the players throughout this process and will work closely with each of them on their options, including appealing the sanctions imposed,” the PFA said in a statement.

“From the outset the players have accepted responsibility, undertaken respectful relationships counselling and at all times acted co-operatively with the FFA during the investigation.”

Olyroos trio to miss shot at Tokyo 2020 after Cambodia incident