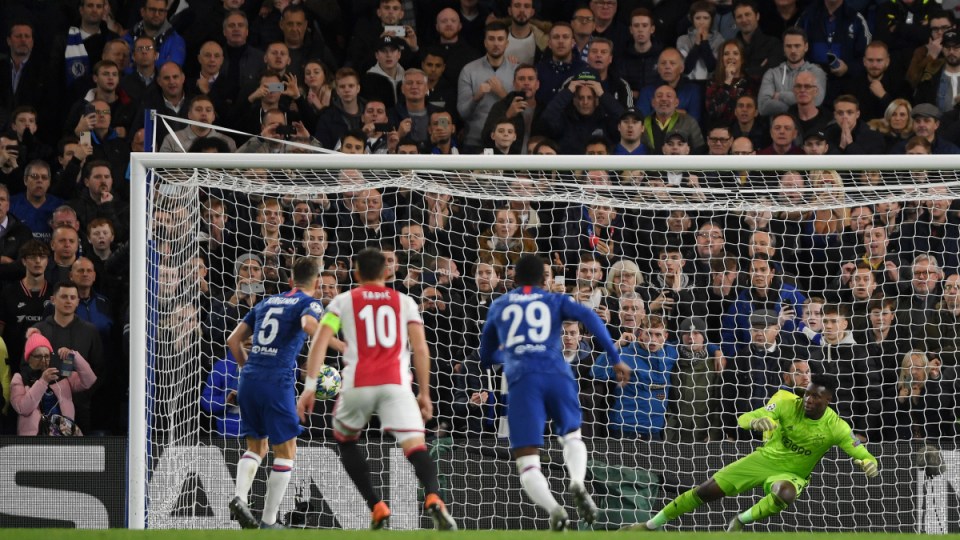 Goals from Alex Oxlade-Chamberlain and Georginio Wijnaldum secured a scrappy 2-1 win for Liverpool over Genk as the Champions League title-holders seized control of Group E on Tuesday.

In London, substitute Reece James completed an improbable comeback for Chelsea against Ajax, as the hosts came from three goals down to draw 4-4 after the Dutch team were reduced to nine men.

Ajax were 4-1 up at Stamford Bridge after 55 minutes, but Chelsea pulled a goal back in the 63rd before Daley Blind and Joel Veltman were both sent off in a sequence that completely changed the game.

Chelsea were also awarded a penalty for handball by Veltman – which led to his second booking – and Jorginho made it 4-3 with his second spot kick of the game.

James equalised with a low show from a rebound in the 74th to complete the comeback, and Chelsea even thought they had scored a late winner through Cesar Azpilicueta. However, the goal was ruled out for a handball on Tammy Abraham after a video review.

Of course VAR was involved! 😅

Abraham’s own goal had given Ajax the lead before Jorginho equalised with his first penalty. Quincy Promes put Ajax in front with a header, before another own goal by Kepa Arrizabalaga and Donny van de Beek’s strike gave Ajax a three-goal lead.

For Liverpool, after easily beating Belgian team Genk 4-1 last month, they’ve now posted a third consecutive win in Europe’s top club tournament to move one point above Napoli at the top of the standings.

Wijnaldum put the hosts in front before Ally Mbwana Samatta levelled with a header four minutes before halftime. Oxlade-Chamberlain restored Liverpool’s lead in the 53rd minute.

Liverpool lead once again after some quick feet from Mo Salah, and a lovely shot on the turn from Alex Oxlade-Chamberlain. #UCL #OptusSport pic.twitter.com/7TcjkXCyBh

Genk pushed hard in the last 10 minutes and created a couple of good chances that it could not convert despite Liverpool’s defensive frailties.

Napoli were held to a 1-1 draw by Salzburg in the group’s other game.

Five-time winners Barcelona were held 0-0 by Sparta Prague, which could give the Catalan giants headaches going into their final two group games in the Champions League.

Lionel Messi smashed against the crossbar in the 35th minute and was then ruled offside when he fed Arturo Vidal to score in the 58th as Barca disappointed again after a weekend 3-1 La Liga defeat at Levante.