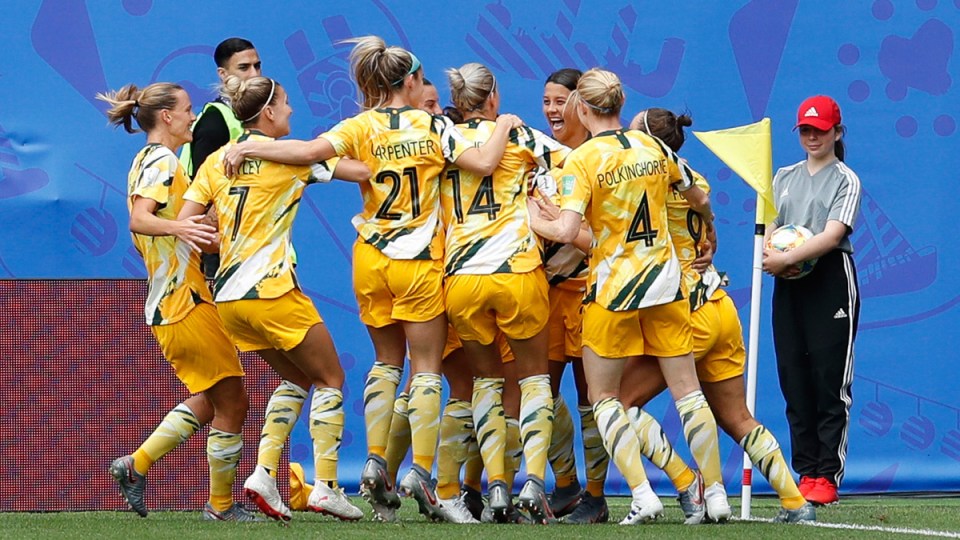 Australia and New Zealand won the bid to host the tournament, but not everybody is happy. Photo: Getty

The high-performing Matildas will earn the same pay as Socceroos players under a landmark deal set to be announced by Football Federation Australia.

The groundbreaking deal will give the Matildas an equal share of commercial revenue with their male counterparts.

The FFA says it has been in talks with the players’ union for many months, but the negotiations are yet to be finalised.

The Matildas and the Socceroos will share 40 per cent of commercial revenue and prize money evenly in a landmark agreement, according to a report in the Daily Telegraph, with the player’s total share of revenue in the game also set to rise from 30 per cent to 40 per cent.

An official announcement is expected later this week.

The Matildas have consistently delivered on the world stage in recent years, climbing as high as fourth in the world in 2017.

During the World Cup earlier this year the women’s team reached the knockout stages, banking $1 million for their efforts.

The Socceroos, meanwhile, failed to win a single game last year, but were rewarded with $8 million for simply qualifying.

The deal would make the Matildas the world’s first female football team to be guaranteed the same revenue as the men’s team.

The Matildas take on Chile at Bankwest Stadium on Saturday, in the first of two warm-up games against the South Americans, before Australia sets off on its qualifying campaign for the Tokyo Olympics.