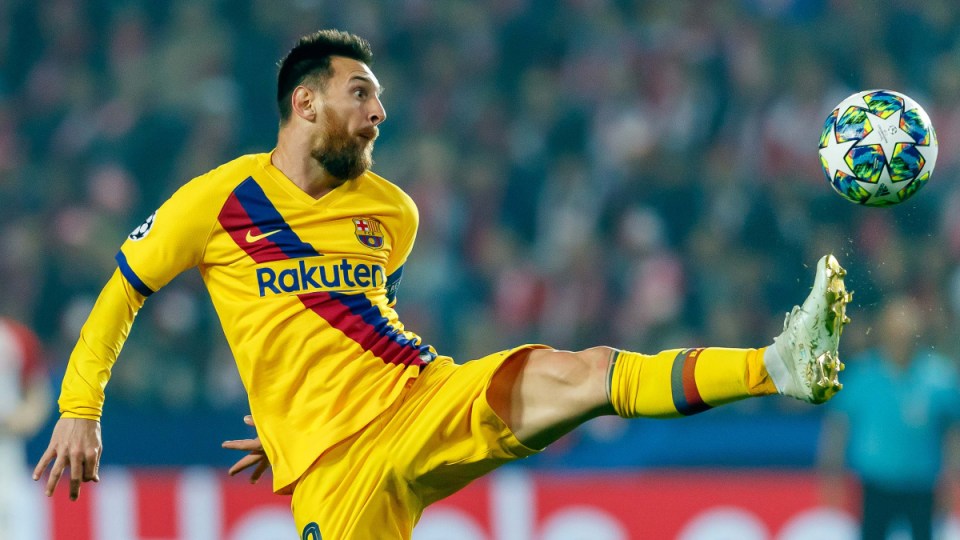 Lionel Messi has become the first player to score in 15 consecutive seasons of the Champions League.

The Barcelona captain put the visitors ahead inside three minutes in their unconvincing 2-1 success at Slavia Prague to move top of Group F.

Czech champions Slavia deservedly levelled through Jan Boril early in the second half but Barca secured a sixth successive win in all competitions thanks to a fortuitous own goal from Peter Olayinka.

Victory for Ernesto Valverde’s men moved them on to seven points from three fixtures in Europe’s top club competition and above Borussia Dortmund after the German’s lost to Inter Milan at the San Siro.

Slavia, meanwhile, were left with nothing to show from a positive performance and are bottom standings on a solitary point.

In-form Barcelona wasted little time in asserting themselves on the contest and went ahead when Messi seized on sloppy play from Petr Sevcik to claim his 113th Champions League goal.

The Argentine anticipated a loose pass from the Czech midfielder and, after exchanging passes with Arthur, emphatically slotted a composed first-time finish into the bottom left corner.

A beautiful, first-time finish from the Barcelona legend.

The goal also saw Messi join Raul and Cristiano Ronaldo as the only players to have scored against 33rd different opponents in the Champions League.

Despite the early deficit the hosts were not overawed and were rewarded for their efforts with a deserved equaliser five minutes after the restart.

Lukas Masopust made amends for squandering a first-half earlier chance, chesting down a long ball forward and producing a perfectly weighted pass for left-back Boril to poke beyond Marc-Andre Ter Stegen.

Barca were on the back foot but regained the lead against the run of play seven minutes later thanks to a large slice of luck.

Suarez, without an away goal in the Champions League for more than four years, attempted to divert a deep Messi free-kick back across goal and saw the ball take a heavy deflection into the net off the unfortunate Olayinka.