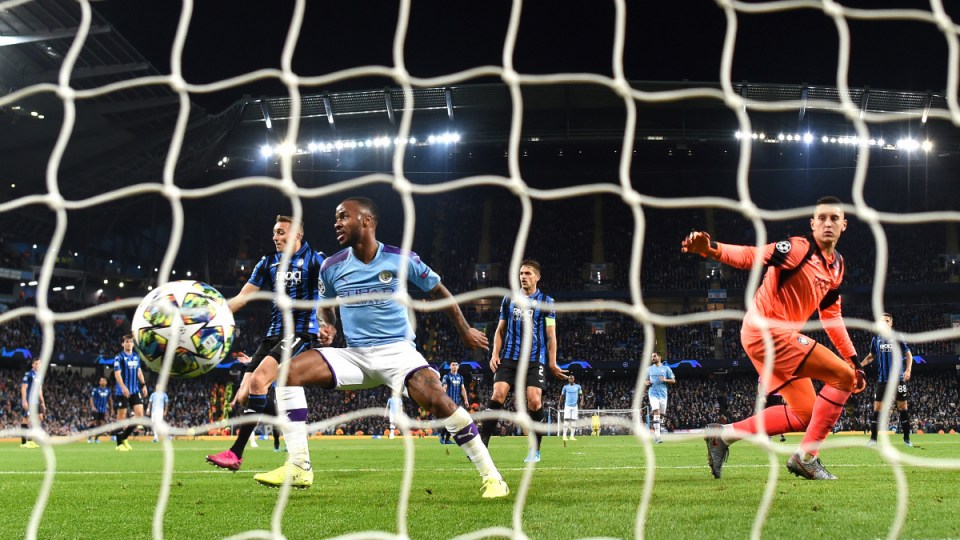 Manchester City, Tottenham Hotspur and PSG went on the rampage as Juventus had to come from behind to snatch full points against Lokomotiv Moscow in the Champions League on Tuesday.

After missing the target late on, Sterling admitted he should have scored a fourth goal.

“I should have had four,” he told BT Sport. “Going through there I’ve just got to finish that.

“It was tight to get spaces but we had to stay patient and wait for our chances.”

The only mark on their card on their night was Phil Foden’s sending off in the 82nd minute for a second bookable offence.

UEFA had banned Red Star’s fans from attending the match but about 200 of them made their way into the ground and began chanting before being segregated from home fans by stewards.

“Red Star supporters illegally obtained individual tickets on Level 5 and made their way around to one section of the stadium in order to congregate as a group,” a Tottenham spokesman said.

“Stewards and police contained the group as it was too large a number to eject.

“We have launched a full investigation in order to understand how tickets have been acquired.

“We shall take the strongest possible action against any individual found to have sold their ticket on.”

“It’s great, it’s exactly what we needed to do,” the England striker said on BT Sport. “We know we’ve been in a tough run of results and it was the perfect way to respond.”

Looking ahead to Sunday’s Premier League trip to Liverpool, Kane added: “We still know we’ve got a long way to go, we can hopefully build on this.”

Spurs moved to second in Group B behind Bayern, who were involved in a five-goal thriller against Olympiacos in Greece.

Olympiacos went ahead through Youssef El-Arabi in the 23rd minute before Bayern hit back with strikes from Robert Lewandowski (34th and 62nd) and Corentin Tolisso (75th).

Guilherme dos Santos Torres scored for the hosts in the 79th minute to set up an interesting finale but the visitors kept them at bay.

Juventus, however, had to fight for their points after conceding a goal to Aleksei Miranchuk in the 30th minute.

The home team held on until the 77th minute when Paulo Dybala equalised and then scored the winner two minutes later.

The win gives them a 100 per cent record in Group A with Real Madrid moving to second after their 1-0 win over Galatasaray, with Toni Kroos scoring the all important goal in the 18th minute.

Diego Costa spurned a good chance after a tight first half, with bottom of the group Leverkusen holding their own.

But Atletico turned up the pressure and substitute Morata nodded home from Renan Lodi’s excellent cross to send them to second in Group D equal on points with Juventus.

Shakhtar Donetsk drew 2-2 with Dinamo Zagreb in Group C, with both sides on four points, behind runaway leaders Manchester City.