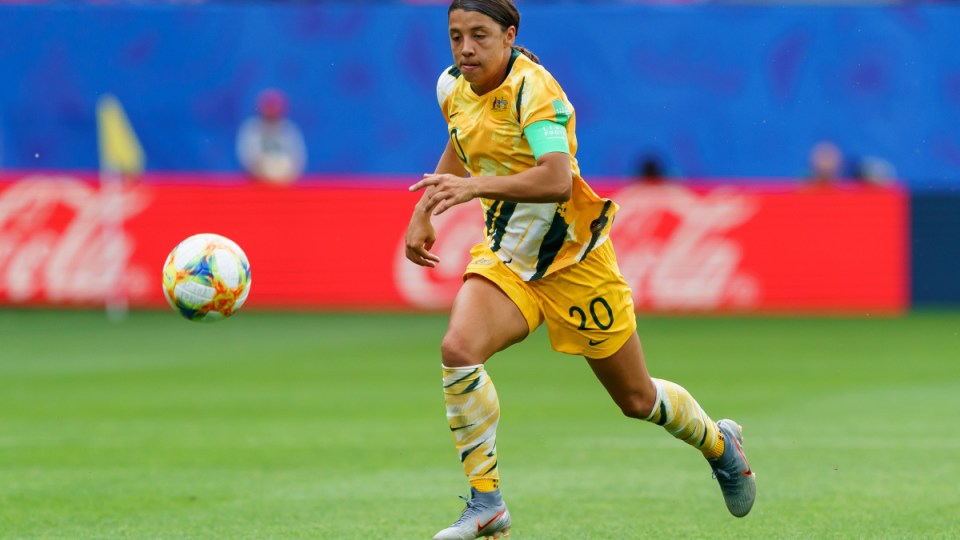 Sam Kerr is again in the hunt for the Women’s Ballon d’Or.

For the second year running, Kerr is the only Australian footballer, male or female, to make the shortlist for the prestigious individual award.

The Matildas captain is one of 20 nominees in the running to claim the gong.

The 26-year-old has had another prolific season for club and country, finishing top of the scoring charts for Perth Glory in the W-League and leading Chicago Red Stars to the final of the United States’ NWSL.

Kerr scored the only goal in their semi-final win and scooped the golden boot for the third time in a row.

In June, Kerr became the only Australian to score a World Cup hat-trick when she netted four times in the Matildas’ group win over Jamaica.

Unfortunately for the local game in Australia, Kerr appears set to test herself in Europe next with FFA head of leagues Greg O’Rourke telling the ABC they were not “able to retain” the superstar’s services as the W-League’s marquee player.

United States co-captains Alex Morgan and Megan Rapinoe, who both scored six goals during the World Cup, are among the favourites while last year’s inaugural award winner Ada Hegerberg is also among the nominees.

The Women’s Ballon d’Or winner will be named in Paris on December 2.