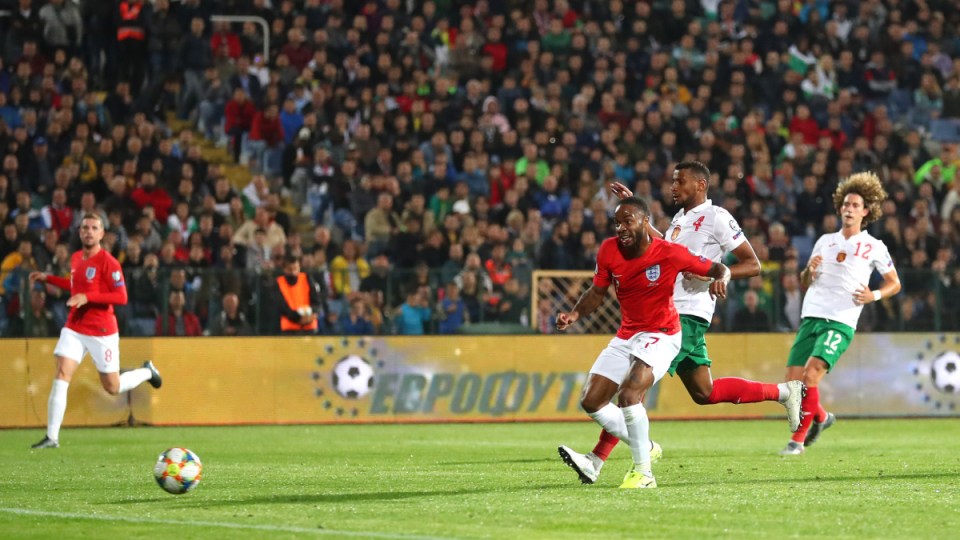 A Euro 2020 qualifier match between Bulgaria and England in Sofia has been halted twice as some in the crowd hurled racist abuse at English players.

The abuse prompted England manager Gareth Southgate to speak to officials with about five minutes of the first half remaining, while debutant Tyrone Mings was seen asking an assistant referee, ‘Did you hear that?’.

As we are sadly aware, this is not the first time our players have been subjected to this level of abuse and there is no place for this kind of behaviour in society, let alone in football.

We will be asking @UEFA to investigate as a matter of urgency.

UEFA protocol for such situations allows the referee to halt play and demand fans stop the behaviour. This happened 28 minutes into Monday’s first half.

If the abuse continues, the match can be suspended, and fans warned again. As a final step, the referee can also abandon the match.

“I don’t think that’s ever been a situation that’s happened before in international football,” Southgate said.

“For me, an even bigger statement was the way our players played… They always want the story to be about football but they’ve also been part of something that I think will be bigger.”

English FA chairman Greg Clarke, who was at stadium, said it was “probably one of the most appalling nights I have seen in football” and that “UEFA will be carrying out a thorough investigation.”

However, Bulgaria coach Krasimir Balakov and several of his players said they heard no racist abuse directed towards England players.

“I do not think there is a single person in Bulgaria who would say that racism is something pleasant,” he said.

“But at the same time, it is very strange how this topic is interpreted in football.

“I have heard absolutely nothing [during the game].”

At half-time on Monday, Bulgaria captain Ivelin Popov was seen pleading with a group of black-clad supporters, some of whom had made right-wing salutes.

The game was played in front of a reduced crowd under UEFA orders following racist behaviour by Bulgarian supporters in June’s qualifiers against the Czechs and Kosovo.

Racism was a major talking point ahead of the game. England striker Tammy Abraham indicated last week that players might act as a group and leave the pitch if they were subjected to abuse.

Harry Kane finally gets his goal, and the #ThreeLions score six for the first time since the 2018 World Cup.#OptusSport #EURO2020 pic.twitter.com/XTh3f4ZTB6

Manchester City forward Raheem Sterling was quick to take to social media to condemn the abuse.

“Feeling sorry for Bulgaria to be represented by such idiots in their stadium. Anyway … 6-0 and we go back home, at least we did our job. Safe travel to our fans, u guys did well,” he said.

Marcus Rashford also took to social media, saying he was proud of England’s players, but such racist abuse needed to be stamped out.

“To stand alone and do the right thing takes courage and acts like that shouldn’t go unnoticed,” he said.

Not an easy situation to play in and not one which should be happening in 2019. Proud we rose above it to take three points but this needs stamping out. pic.twitter.com/jTnUGOa8z2

Mings admitted what should have been a special personal landmark – his debut for England – was tarnished.

“It was a great occasion… but it was slightly overshadowed by a few disappointing chants which were clear to hear on the pitch,” he told ITV.

Bulgarian supporters made monkey chants at visiting black players when England last travelled to Sofia for a European qualifier in 2011, prompting UEFA to fine the Bulgarian Football Union.