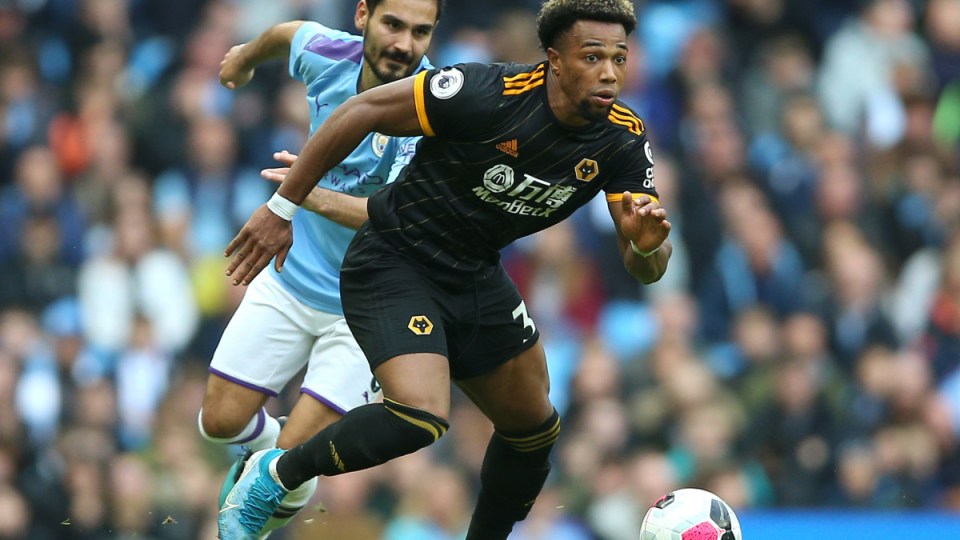 Arsenal are a point behind City in third after a 1-0 win over Bournemouth, while Chelsea won 4-1 at Southampton to move up to fifth, a further point back.

And there is more pressure on Manchester United boss Ole Gunnar Solskjaer after a 1-0 loss at Newcastle left his side in 12th place.

David Silva hit the woodwork but City, who were without Kevin De Bruyne, were second best for much of the game and Traore made them pay with two superb finishes to lift Wolves to 11th.

The first came in the 80th minute and the second followed in the fourth minute of injury time to inflict only a fourth league defeat at home under Guardiola.

“We did not make good process, we had problems in that sense,” Guardiola said.

“We are a team that plays a specific way but it is a bad day, that happens sometimes.

“When you win games, you think about the other one. Now we have the international break, then can come back and go to the other games.”

Wolves captain Conor Coady described it as “an outstanding day, an amazing week”.

“We came here with belief after Thursday (winning in the Europa League) but this tops the lot with how good Manchester City are, we deserved the win,” he said.

“Defensively we were compact and organised and today we were fantastic.”

David Luiz scored the only goal after nine minutes as Arsenal moved up to third thanks to hard-fought win over Bournemouth.

Chelsea are on their heels in fifth after a win at Southampton, with Tammy Abraham, Mason Mount, N’Golo Kante and Michy Batshuayi scoring.

Abraham kicked things off with the opener on 17 minutes and seven minutes later, Mount doubled their lead.

Danny Ings pulled one back for Southampton after half an hour but Kante restored the two-goal lead five minutes before the break.

Batshuayi replaced Abraham in the 84th minute and scored his side’s fourth five minutes later to complete a confident win.

Matty Longstaff scored on his debut as Newcastle beat Manchester United to move out of the bottom three.

The 19-year-old fired the only goal from long range 18 minutes from time to lift Newcastle, managed by United great Steve Bruce, to 16th.

Manchester United are five points off fourth-placed Leicester but only two above the relegation zone.

“We’ll have these days, we have these downs,” Solskjaer said. “It’s disappointing but we’ll keep on working and we know where we want to get to.”

The Spaniard also admitted this was probably the toughest time he has experienced with the Red Devils since moving to Old Trafford in 2011 – but was at a loss to explain exactly why.

He said on Sky TV: “Yes, it probably is the most difficult time since I’ve been here.

“I don’t know. I don’t know what is happening, we cannot score even one goal in two games. It’s difficult to say something, sorry to the fans, we will keep fighting for sure. We will come back but at the moment we are in a difficult situation.

“The whole season has been not good, so keep going, keep fighting, and let’s see what happens in the next games.”