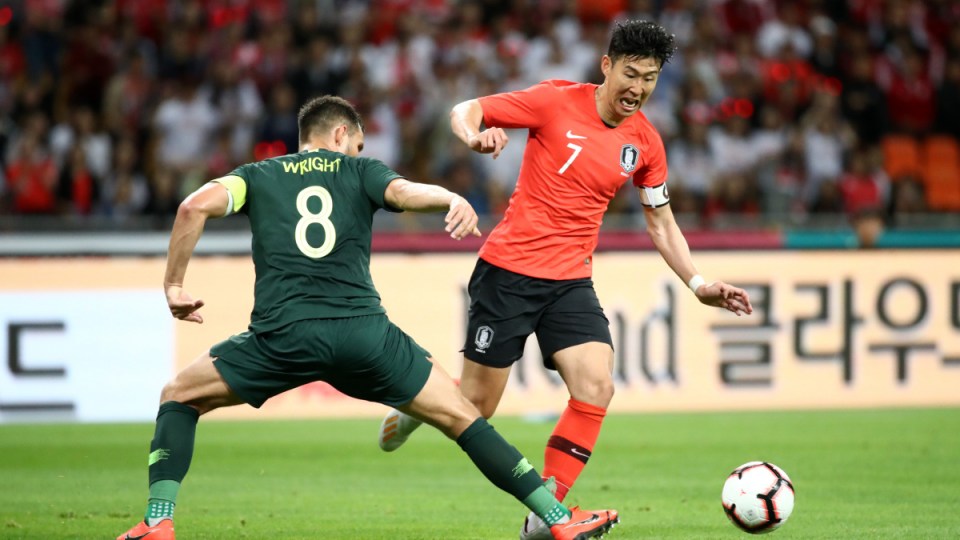 Defender Bailey Wright replacing injured Trent Sainsbury is the only change made by Socceroos coach Graham Arnold to his squad for upcoming World Cup qualifiers against Nepal and Taiwan.

Sainsbury has been placed on stand-by and replaced by Bristol City’s Wright in the 23-man squad, which is otherwise the same as that named for last month’s qualifying opener against Kuwait.

Captain Mark Milligan has been named having withdrawn before the 3-0 win over Kuwait due to injury.

Arnold said the performance in that comfortable victory in Kuwait City had enabled him to stick with the same group of players for next Thursday’s clash with Nepal in Canberra and the trip to face Taiwan on October 15.

“Our group did very well in their first qualifier away from home, so I am pleased to be able to maintain significant consistency within the squad as we seek to build upon our strong start to qualifying for Qatar,” Arnold said.

“Trent is managing a minor injury but remains on stand-by for the squad should we need to call him in.

Bailey is a big part of our plans and a great player and person to have in the squad, so we are pleased that he will be with us this month.”

Wright has made 23 appearances for the Socceroos and played a full 90 minutes in June’s 1-0 friendly loss to South Korea.

English-based Harry Souttar is the only uncapped player in the squad but may get his chance to make his international debut against the Group B minnows.

With the qualifiers coming either side of the opening weekend of the A-League season, champions Sydney FC will have to make do against Adelaide without fullback Rhyan Grant and goalkeeper Andrew Redmayne after they were both selected.

Striker Jamie Maclaren has also earned a call-up and will be unavailable for Melbourne City when they open their season against cross-town rivals Melbourne Victory on October 12.

As expected Tom Rogic has not been named despite making a goal-scoring return to Celtic’s starting line-up due to his impending wedding in a move green-lighted by Arnold before the start of the season.

But experienced European-based stars Mathew Ryan, Mathew Leckie and Aaron Mooy have all been included after playing crucial roles against Kuwait.

The squad is set to come together in Canberra on Monday ahead of Thursday’s match with Nepal at GIO Stadium.

Nepal were thrashed 7-0 by Kuwait in their group opener but rebounded to post a 2-0 win over Taiwan, who are bottom of the group having lost their first two matches.

Socceroos: Arnold makes only one change for World Cup qualifiers