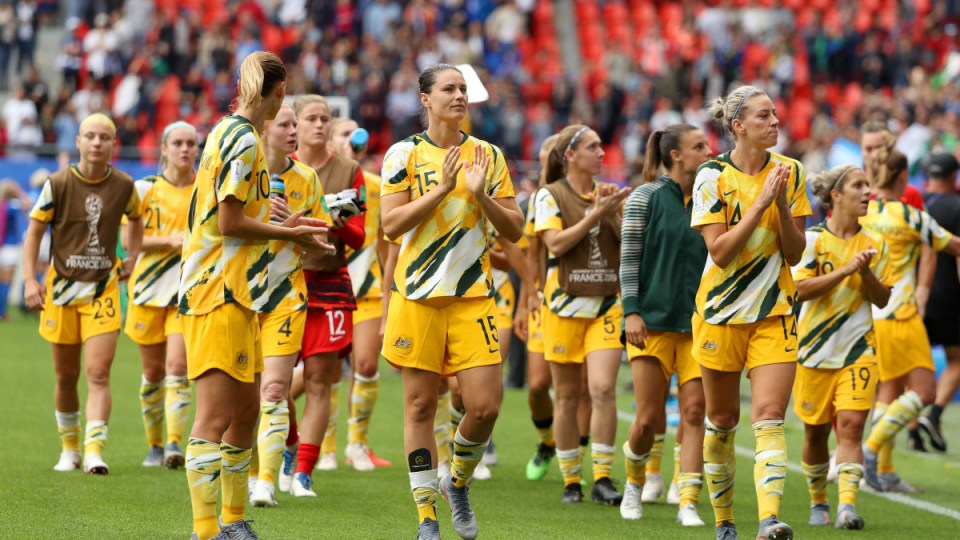 The Matildas hope to play a World Cup at home in 2023. Photo: Getty

The ABC has struck a landmark deal to become the free-to-air broadcast partner of the A-League, W-League, Socceroos and Matildas.

What the deal includes:

The two-year deal will see one A-League and one W-League match per round broadcast live on ABC TV and iview around the country throughout the entirety of the 2019/20 season.

Every match of the W-League finals will also be available live, and a selection of A-League finals on delay, including the grand final.

It will also mean the Socceroos’ next two rounds of World Cup qualifiers will be broadcast live and free across the ABC and SBS, as well as all of the Matildas’ upcoming international friendlies and Olympic qualifiers.

“We are thrilled to welcome Australian football into the ABC family,” Judith Whelan, the ABC’s Director of Regional and Local, said.

“The ABC has unrivalled reach into every corner of Australia and we will be using that reach to help build the profile of football. We plan to use all our platforms to drive audiences to our coverage on ABC TV.”

The deal means A-League games will be broadcast by ABC TV for the first time, and marks a return for the W-League, which had a home with the ABC from 2008 until 2017.

“We have always been a big supporter of women’s sport in this country and will use every means possible to build the biggest audience we can for the W-League,” Ms Whelan said.

Socceroos coach Graham Arnold said it was exciting to have ABC on board for football coverage.

“It is fantastic news that live, free-to-air coverage of a variety of elite Australian football will feature on the ABC,” Arnold said.

“I remember when I was playing in the National Soccer League that the ABC showed the match of the day, and provided great exposure of the competition.

“The ABC provides a truly national platform across many mediums — TV, radio, and online — so having the ABC involved to provide coverage of the Socceroos, Matildas, A-League, and W-League is a big win for the game.

“The Socceroos will be the first team to be shown live by the ABC as part of this agreement next Thursday night when we play Nepal in Canberra.

“We expect to put on a great display for fans across the nation and it is welcome news that many more supporters will be able to watch us live throughout our journey to Qatar.”

FFA chairman Chris Nikou said the “reach and audience” of the ABC would complement the current pay TV broadcast deal with Fox Sports.

“The ABC has been a long-term supporter of football on both television and radio, and we are delighted that our partnership will grow further over the next two years,” Mr Nikou said.

“We are also extremely excited about the network-wide support ABC will bring to football. ABC is the home of iconic programming that Australians have grown up consuming and we look forward to working with the network to deliver more football content and cross promotion.”