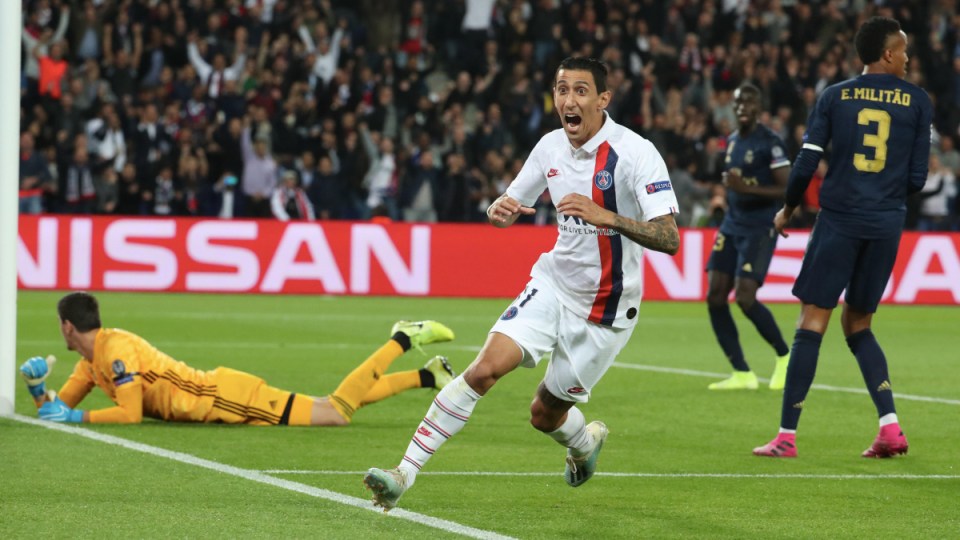 A first-half double from Angel di Maria capped a superb Paris Saint-Germain performance as it downed Real Madrid 3-0 in the Champions League.

PSG tops Group A after Club Brugge drew 0-0 with Galatasaray.

Cristiano Ronaldo returned to Spain with Juventus but it was Juan Cuadrado and Blaise Matuidi who scored for the Turin side before Stefan Savic and Hector Herrera rescued a last-gasp point for Atletico.

Bayer Leverkusen lost 2-1 to Lokomotiv Moscow in the other Group D contest.

It was a tough night in Munich for Degenek, who once again played at the heart of the visitors’ defence.

PSG needed only 14 minutes to open the scoring when Di Maria poked home at the near post and the Argentina midfielder soon found the corner from 20 metres to double the lead.

How about this from Angel Di Maria 🔥#ChampionsLeague #OptusSport pic.twitter.com/01KVsUByWP

Gareth Bale immediately replied with a wonder goal of his own which was correctly disallowed for handball and Karim Benzema also had a strike ruled out after the break.

But these were occasional positive moments for the record 13-time European champions who ended the game without an official shot on target.

“We scored two ‘goals’ which didn’t stand but we can’t have any excuses.”

PSG spurned various opportunities but Meunier, combining with Juan Bernat, put the icing on the cake in injury time.

“We were very efficient and solid, which we needed to be.”

Juventus have high hopes of finally ending a Champions League drought dating since 1996 and a great finish from Cuadrado, plus a header from Matuidi put them in front in Madrid.

Atletico soon replied through Savic and Herrera powered in from a corner for a last-minute equaliser against the side that eliminated it last year.

“I think we played well but we have a bitter taste in our mouth now because we felt we had the game in our hands,” said Juve coach Maurizio Sarri.

Spurs blew a two-goal advantage at Olympiacos having led through Harry Kane’s penalty and Lucas Moura.

However, Daniel Podence pulled one back before half-time and Mathieu Valbuena levelled from the spot early in the second period to earn the Greeks a deserved point.