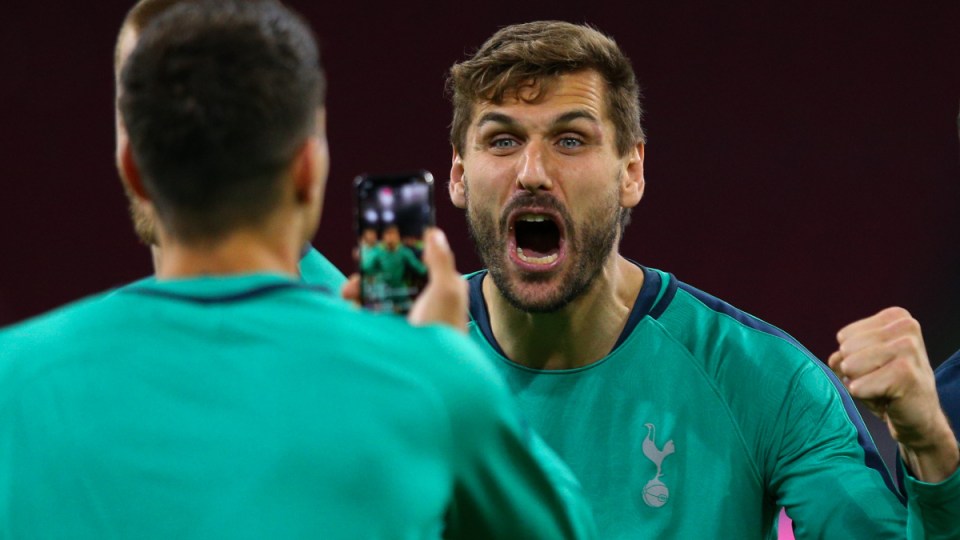 Tottenham Hotspur has turned its semi-final tie on its head by beating Ajax on away goals in the dying seconds of injury time to reach the Champions League final, where it will face Liverpool in an all-Premier League affair.

Lucas Moura scored an incredible hat-trick as Spurs came from 2-0 down on the night (and 3-0 on aggregate) to level the tie at 3-3 on aggregate, sending the North London club to the final on away goals.

Following Liverpool’s absurd feats against Barcelona in the other semi-final, Spurs’ heroics capped a truly astonishing turnaround after Tottenham looked dead in the water with Ajax two goals up and looking comfortable in the first half.

Star defender Matthijs de Ligt powered home a header from a corner in the fifth minute, before Hakim Ziyech doubled Ajax’s lead with a slammed left-footed finish before the interval.

But one goal was all Spurs needed to get back into the contest, and so it proved when a flowing move from the back saw Dele Alli cut in on the Ajax defence, before Lucas ran onto the ball to apply the finish for 2-1 (3-1 on aggregate).

The scores on the night were levelled up just a minute later when calamitous Ajax defending wasted a sharp point-blank save from Andre Onana as the home team failed to clear its lines, allowing Lucas to side-foot home and bring the deficit down to 3-2.

Ajax’s pretty passing patterns and composure were completely shredded now, as Tottenham forwards began running at defenders at will.

With five minutes remaining, Spurs centreback Jan Vertonghen planted a header on the crossbar, before his second effort was desperately hacked off the line.

Ajax finally looked to have calmed down as regulation minutes bled into injury time, as they looked to hold up the ball in the corners, though unsuccessfully.

With what felt like the last kick of the game, a hopeful long ball forward saw a one-two outside the box find Lucas, who poked the ball home ahead of his marker and beyond the outstretched Onana.

It levelled the aggregate at 3-3, and with all of Spurs’ goals being away goals, sent them through to the decider against Liverpool.

Ajax still had one more chance to hunt out a desperate late winner with even more time added on, but it was not to be as the final whistle prompted emotional scenes in the Spurs camp, with Tottenham coach Mauricio Pochettino in tears as he embraced players and coaching staff.

Spurs fullback Danny Rose said Spurs had taken inspiration from Liverpool, after the Reds turned around a 3-0 deficit to progress 4-3 against Barcelona the night before.

“We saw Liverpool last night. It goes to show it’s not over until it’s over,” he said.

“Disappointed with the first leg, how we started and we started like that tonight. But after the break we came out.

“The gaffer mentioned Liverpool’s display at the hotel before the match — the gaffer doesn’t mind us losing but we have to lose the right way.”

For Ajax captain de Ligt, the result was a horror show.

“We played well in the first half, we had it all our way. We didn’t keep up the same pressure in the second half.

“We gave silly goals away. We were so close to the final, and then the ball goes in. Unbelievable.”