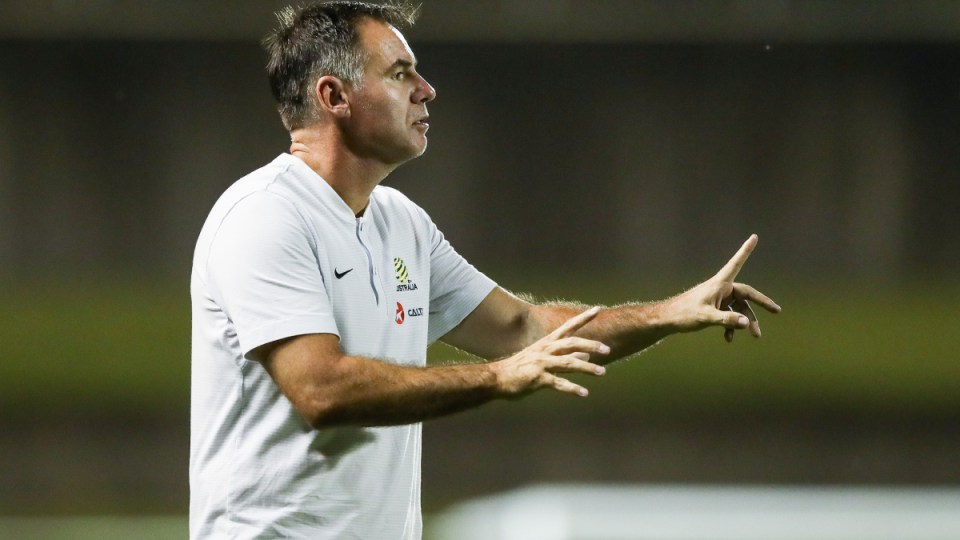 Ante Milicic will take the Matildas to this year's World Cup in France. Photo: Getty

Football Federation Australia has given former Socceroo Ante Milicic the job of restoring unity within the Matildas and winning this year’s World Cup.

The 44-year-old, who has no experience in charge of a women’s side, has been appointed as interim national team coach until the end of Australia’s campaign at the World Cup, which commences on June 7.

In a statement released by FFA, Milicic said he was excited to take on the job.

“It is an honour to be appointed head coach of the Westfield Matildas and I am determined to make the most of this opportunity together with the squad and staff,” Milicic said.

He succeeds deposed boss Alen Stajcic, fired by FFA last month after surveys and investigations suggested a toxic culture had spread under his leadership.

While Stajcic fights in the court of public opinion against reputational damage, Milicic will take the coveted reins.

He faces a baptism of fire with a friendly series against World Cup-bound trio New Zealand, South Korea and Argentina beginning on February 28.

Australia, the world No.6, is expected to perform well in the home matches despite the new coach having little time to work with the squad.

Milicic is excited about the talent at his disposal.

“As demonstrated throughout the Westfield W-League this season, which culminated in Saturday’s thrilling grand final in Sydney, Australia has many fantastic players right now and I know that the squad that is ultimately selected will be eager to seize its chance in France.

“With three matches coming up in quick succession at the Cup of Nations, the friendly tournament will provide our group with the opportunity to set its standards both on and off the pitch as we look ahead to the FIFA Women’s World Cup with great belief and optimism,” he said.

It remains to be seen whether the Matildas will take to Milicic given his lack of background in the women’s game.

After an initial report of Milicic’s appointment broke on Friday, FFA chiefs confirmed the move to players on a conference call on Monday morning.

He beat applicants from Europe, the United States and from home for the much-coveted role, given the close proximity to a World Cup in which the Australians are contenders.

Milicic has a low public profile but is well known and exceptionally well regarded by insiders, despite never holding a major senior position.

He was briefly considered for the Socceroos top job after Ange Postecoglou’s departure in late 2017.

Milicic and Stajcic played together as teenagers in NSW state teams and while they aren’t close, have a high regard for each other.

Milicic won a sprinkling of national team caps as a forward across a long playing career that included stints in the Netherlands, Croatia, Malaysia and at home.

He made the transition to coaching and returned to the A-League as an assistant coach to John van’t Schip at Melbourne Heart.

The Dutchman’s exit left Heart bosses with a choice between Milicic and John Aloisi for the senior job; they chose the latter.

Milicic then linked up with Western Sydney as an assistant to Tony Popovic.

After two seasons at the Wanderers he moved into a full-time role with FFA.

Milicic was on the sidelines at the Brazil under Postecoglou and Russia under Bert van Marwijk, and led the Australian under-23 men’s side to a inglorious group-stage exit at the underage Asian championship last year.

After the chastening experience of the Stajcic axing, Milicic’s appointment signals FFA’s desire of a trusted hand for its beloved women’s team; one capable of steadying the ship.

England made a similar decision 12 months ago when the FA handed ex-international Phil Neville his first senior job in football as coach of the women’s national team.

Neville was engulfed in a sexism row on appointment after his old tweets highlighting crass jokes surfaced.

However, he guided England to qualification for the World Cup, where it will start as one of the favourites.