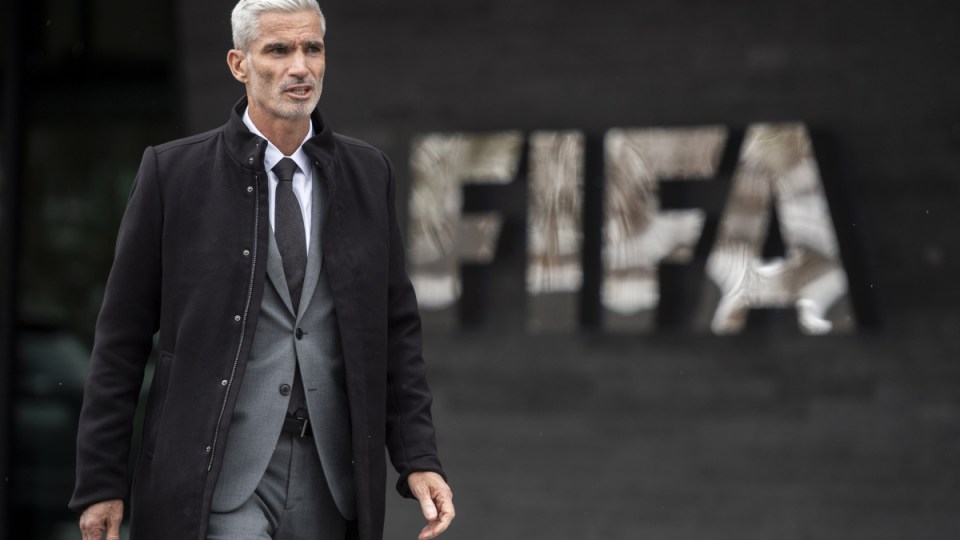 Former Socceroo Craig Foster is increasingly optimistic that the campaign he is leading to free jailed Bahraini refugee Hakeem al-Araibi will succeed, despite the gulf kingdom filing for the footballer’s extradition from Thailand.

Foster said afterwards that Ms Samoura had agreed to exert further pressure on the Bahraini and Thai governments to ensure al-Araibi’s release.

“I was extremely concerned with the path FIFA were taking. I didn’t think that was adequate and I made that very clear to them,” he said.

“Today’s actions and escalation give us a lot more hope and more confidence that the dynamics of the case are going to change quickly,” Foster told The New Daily from Zurich on Tuesday.

Ms Samoura agreed the situation was an emergency that required football’s world governing body to step up its efforts on behalf of the jailed soccer player.

“We made it clear to FIFA that it is not acceptable for this case to be rushed into court,” Foster said.

“Under international law, Hakeem should be released immediately and we don’t accept letting this case drift and allowing him to be drawn into the justice system in Thailand.

“FIFA has agreed with that and has a much stronger will to act and to do so with Bahrain.”

Really late, big day. We’re feeling much more optimistic after today, plenty of work ahead, but powerful step taken. Wanted to let u know that @FIFAcom acknowledged the strength and vital importance of your public campaign. If we get him out, you lot made it happen #SaveHakeem 🙏

Al-Araibi, 25, plays football for Pascoe Vale in Melbourne. He had just arrived in Thailand from Australia for his honeymoon in late November when he was detained based on an Interpol red notice issued at Bahrain’s request.

Overnight on Monday, Bahrain issued extradition documents to Thailand, 13 days ahead of the February 10 deadline.

That prompted Amnesty International to join the call for more to be done to have him released.

“Hakeem will not be safe in Bahrain and cannot be sent back. It’s time for the Prime Minister to step up and ensure Hakeem is returned home to Australia,” national director Claire Mallinson said.

Al-Araibi continued to plead with the Australian government on Monday from the Bangkok Remand Prison, where he is being held.

“Why am I here? Why has Bahrain followed me? It’s 2019, it’s not 100 years ago. We have human rights now. Please keep fighting for me. Please do everything you can,” he said.

Foster was disappointed that FIFA and the International Olympic Committee, which has joined the fight for al-Araibi’s release, were not considering sanctions against Bahrain.

“They’re not convinced that sporting sanctions are the best answer right now,” he said.

“We made clear we don’t agree with that and that we believe sanctions should remain on the table if this next escalation in action is not successful in the next week.”

Bahraini Interior Minister Sheik Rashid bin Abdullah al-Khalifa has criticised what he has labelled “external interference” in the gulf nation’s affairs. But Foster dismissed those concerns.

“You can’t interfere in human rights. Human rights are universal and apolitical. This has got nothing to do with any particular country. This is about the breach of human rights of a young footballer. It just so happens that he has been tortured by Bahrain,” he said.

“It doesn’t matter to us which country has perpetrated that atrocity.”

Gulf Institute for Democracy and Human Rights spokeswoman Fatima Yazbek said she believed Bahrain’s determination to extradite al-Araibi was designed to intimidate anyone else who might consider speaking out about the nation’s ruling royal family.

“He’s spoken out about the human rights in the country and how the royal family have been involved in targeting, torturing and banning sportspeople involved in the fight for human rights during the Arab Spring of 2011.”

Ms Yazbek said Bahrain’s monarchy was determined to make it clear it would accept no criticism of its system.

“They are tightening their grip on everyone and everything in the country.”

She agreed that sporting sanctions would have a powerful impact.

“Bahrain pays millions of dollars to whitewash its image through sport,” she said. “If FIFA were to impose sanctions or a ban then it would hit home strongly.”

The New Daily has sought comment from the Department of Foreign Affairs and Trade.