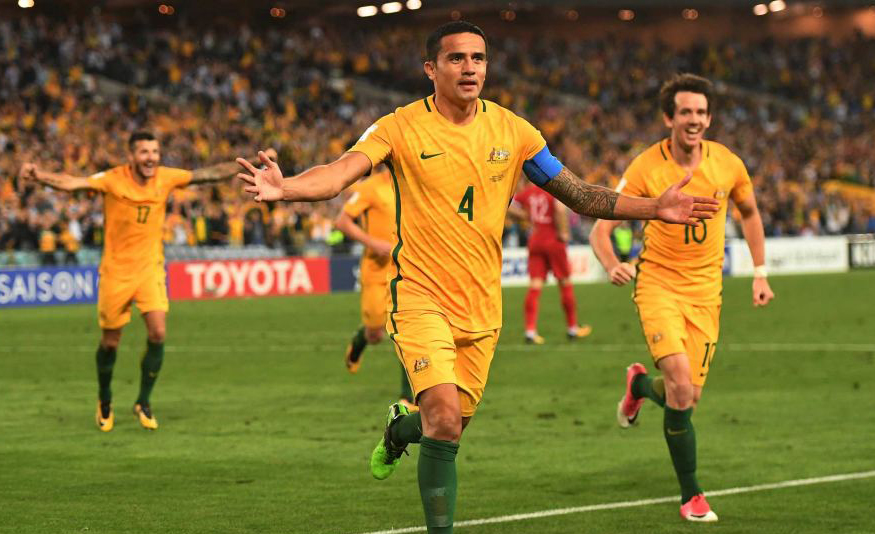 Tim Cahill was an unqualified success at Everton. Photo: AAP

Australia’s all-time leading goal scorer Tim Cahill is going back to where it began, rejoining English Championship side Millwall as he seeks to return to regular football in the run-up to the World Cup.

Cahill played 217 matches at The Den between 1998 and 2004, scoring 52 goals before leaving for Everton and the Premier League.

The 38-year-old has been without a club since parting ways with Melbourne City last month and has his sights set on a fourth consecutive World Cup berth with the Socceroos.

He completed a medical at The Den on Monday before signing alongside manager and former teammate Neil Harris, and chief executive Steve Kavanagh.

Cahill, who tweeted “I’m coming home” following the confirmation of his return, will be presented to Millwall fans before Tuesday’s (local time) Championship clash against Derby County, but he will not be available for selection.

“The romance of the story is definitely not lost on me. I’ve always said that if I came back to England, I’d come home,” he told the Millwall website.

“It’s an amazing feeling. To finally come home and to join Neil Harris, David Livermore and all the lads will be really special.

“I can’t wait to greet the fans, meet my new teammates. It’s one of those things where it’s meant to be.

“Millwall is where I learnt my trade and it was the most important learning period of my life — my apprenticeship in understanding football.

“To come home to where it all started, it’s emotional, but it’s happy emotions, because you wish for it to happen, you want it to happen, but when it finally comes to fruition, it’s the perfect move.”

Cahill will be out to impress new Socceroos coach Bert van Marwijk before Australia meet France, Peru and Denmark in Group C at the World Cup in Russia in June.

Millwall is still in the FA Cup and if it beats Rochdale a potential showdown looms against Tottenham Hotspur, who are favourites to beat Newport County.

“The players will thrive off the enthusiasm that he brings,” Harris said.

“When I played with him, I appreciated what he did. Since then, I’ve followed his career and admired what he has done and I know full well what he can bring to my dressing room.”