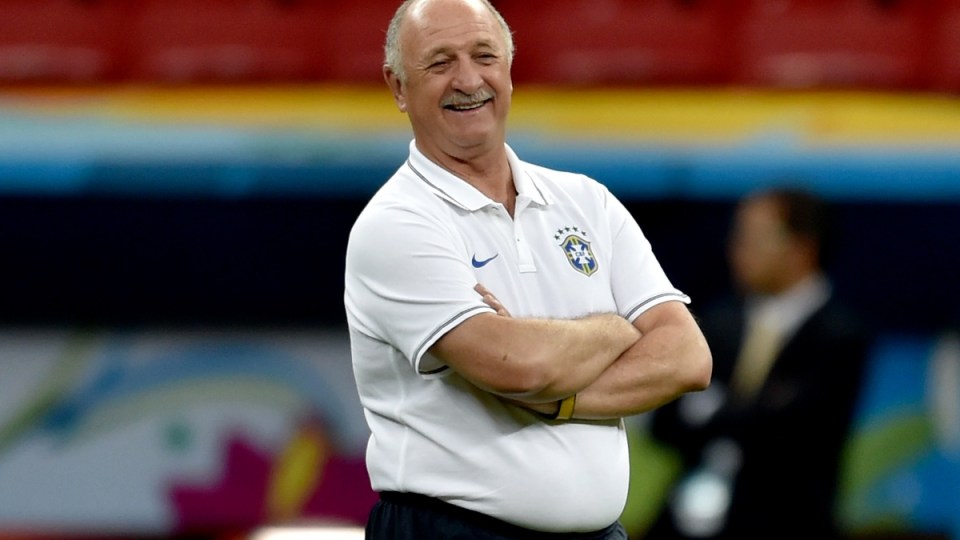 World Cup-winning coach Luiz Felipe Scolari has revealed he has been approached by Australia to take charge of the Socceroos at the 2018 World Cup. Photo: Getty

Australia has approached colourful World Cup-winning coach Luiz Felipe Scolari about coaching the Socceroos at the 2018 World Cup in Russia.

Scolari, who recently ended a 2½-year stint with Chinese side, Guangzhou Evergrande, confirmed that the FFA had approached his agent about him replacing Ange Postecoglou, who resigned in November.

“I am one of the names they spoke with … to see if I was interested in taking them to the World Cup,” Scolari told Reuters in an exclusive interview on Tuesday.

However, the FFA has denied approaching Scolari or any other candidates, saying it was still defining the criteria for the job which has an appointment deadline of mid-February.

FFA chief executive David Gallop has hinted that an Australian coach would be preferable, but it has cast the net far and wide in search of the right person to lead the Socceroos in Russia.

Scolari said he was happy to discuss a role with the Australians, but would want it to be long-term, that is, not just to cover for the tournament which takes place in June and July.

“I don’t intend in just taking a team to the World Cup,” the former Chelsea manager added.

“I intend on leading a team with an organised project for one or two years. But I am interested.”

Australia qualified for Russia after beating Honduras in an intercontinental play-off and have been drawn in Group C against France, Peru and Denmark.

Postecoglou quit the Socceroos a week after securing Australia’s spot.

Having led Brazil to World Cup glory in 2002, Scolari suffered the ignominy of a 7-1 home defeat by Germany in the 2014 tournament – their first home loss since 1975 – and an event Scolari described at the time as the “worst day of my life”.

Days later his Brazil tenure came to an end after a 3-0 defeat to the Netherlands in a third-place play-off.

The nine-person FFA selection panel – featuring former Socceroos Mark Schwarzer, Stan Lazaridis and Mark Bresciano – has already fielded hundreds of inquiries, including from agents representing a number of high-profile names, with Scolari understood to be among them.

Contract length and continuing Postecoglou’s legacy are among the key factors being considered during the coach search.

Locally, Sydney FC coach Graham Arnold is understood to be interested, but is reportedly waiting for the FFA to make the approach.