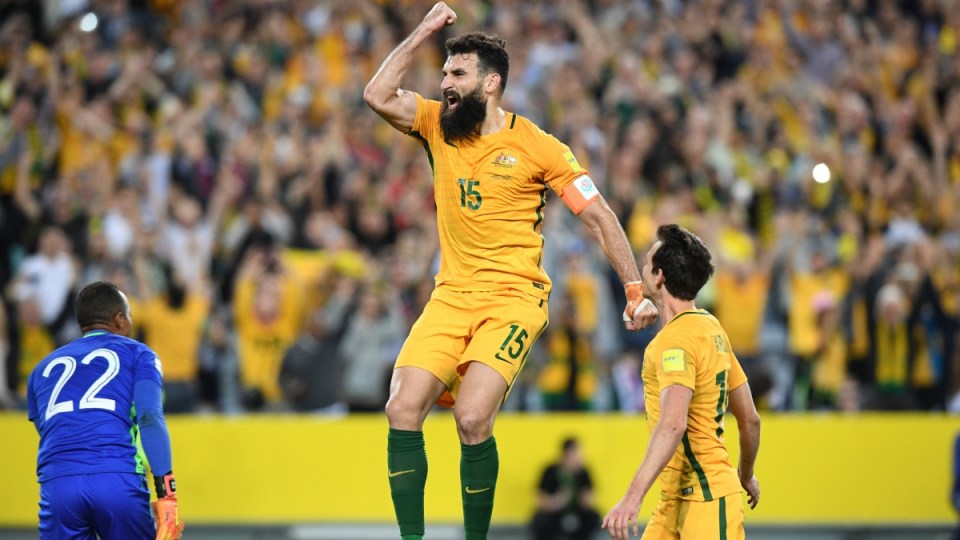 A FIFA intervention could see have dire consequences for the Socceroos. Photo: AAP

It hasn’t generated the headlines it should have but FIFA is about to take over the administration of Australian football.

Yes, that’s right, FIFA – the most abnormal of sport’s governing bodies – has seen enough and is set to appoint a ‘normalisation committee’ to administer the game Down Under.

The only way FIFA can be stopped is if the Football Federation of Australia (FFA) and A-League clubs can finally strike a deal on how the game should be governed at an extraordinary AGM on Thursday.

A FIFA takeover could have dire consequences and the whole saga could not only see the Socceroos booted from the same 2018 FIFA World Cup they qualified for earlier this month, but also spell the end of Australia’s chances of hosting the Women’s World Cup in 2023.

What has led to this shambles?

FIFA and the Asian Football Confederation (AFC) consider the FFA an ‘undemocratic swill’.

It is indeed one of the least democratic of all international football federations. Under the current governance structure, power resides in the hands of FFA chairman Steven Lowy.

Seemingly, it’s his inheritance from the old man Frank Lowy, who held the position from 2003 to 2015.

The FFA congress comprises of 10 members, of whom nine represent state and territory federations, Lowy’s traditional power base, and just one for all the A-League clubs.

The current composition simply does not reflect the growing financial and political power of the clubs, the players union, the Professional Footballers Australia (PFA), or the emerging Australian Association of Football Clubs (AAFC).

Representing many of the traditional clubs in Australian football, the AAFC wants a seat at the table to push for a much-needed second-tier competition.

It seems only fair, given the clubs generate 80 per cent of football revenue.

Within the congress, a voting majority of 75 per cent is required to alter the FFA constitution, so in order to maximise their political clout, the APFCA, PFA and AAFC have formed a loose coalition to challenge Lowy’s hold on power.

He proposed an expanded 15-member congress, comprising of nine seats to the federations, four to the clubs, with the PFA and women’s football given one each.

But under the proposed 9-4-1-1 arrangement, the FFA would still control the agenda.

The APFCA wants, at a minimum, a 9-5-1-1 split, which would tilt the power-balance in favour of the clubs.

Lowy said this would lead to football being hijacked by ‘sectional interests’ and divert resources from the grassroots and the national teams.

For the APFCA, it is a chance to remove the financial shackles from the clubs and establish a league independent of the FFA.

And this is why we are at a standstill.

Lowy’s problem is that the odds are stacked in the APFCA’s favour.

FIFA wants a more inclusive congress which will give the clubs – and all stakeholders – more political and financial muscle.

And even if the 9-5-1-1 model is adopted, FIFA may still regard it as undemocratic and takeover the FFA regardless.

Though unlikely, FIFA could suspend Australia from next year’s World Cup, particularly if it can be shown that governments had tried to influence the process.

FIFA would frown on recent rumours that Daniel Andrews’ Labor government attempted to sway the Football Federation of Victoria to back Lowy.

Proposed legislation changes in Peru that would have seen the government’s institute of sport assume control of the country’s national football body saw a raft of reports suggesting they could be removed from next year’s World Cup.

Peru’s congress withdrew the bill but nations like Pakistan and Mali have recently been suspended by FIFA for government interference.

FIFA intervention would also affect Australia’s World Cup preparations at a time when the Socceroos are looking for a new coach.

But the biggest loser of all would be the Matildas.

If FIFA does step in, the Turnbull government is likely to withdraw its $4 million stake in the bid for the 2023 Women’s World Cup.

After our men qualified for the World Cup, and the Ange Postegoclou soap opera, you’d think football had exhausted its capacity to grab the headlines.

But given the code’s ability to self-destruct, it could well even boot the Ashes off the back page in coming weeks.