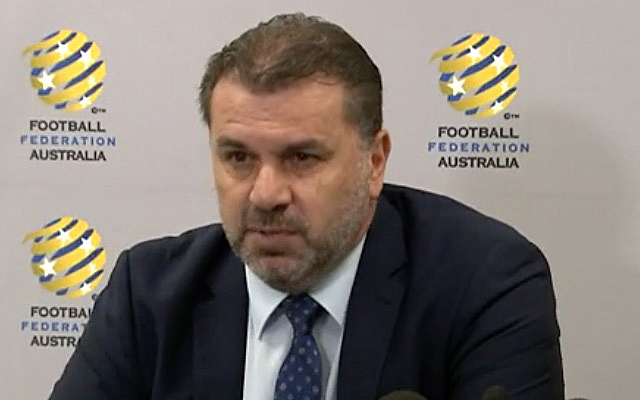 Socceroos coach Ange Postecoglou has sensationally turned his back on the Australian football team less than a week after guiding the side to a fourth straight FIFA World Cup.

Postecoglou’s future had long been a subject of discussion, with the 52-year-old clearly unhappy with elements of the football community throughout 2017.

But after helping the Socceroos reach the World Cup, he told ABC TV it would have to be a “fairly compelling” reason for him to walk away.

It was a reason he clearly found, though, with an emotional Postecoglou telling a media conference that “after a great deal of thought and soul-searching, I’ve decided that the journey for me ends as Socceroos coach.”

“As I’ve said many times, it’s been the biggest privilege of my life and probably not the ending I had envisaged when we started, but at the same time, knowing it’s the right time for me and the right decision,” he added.

Postecoglou said there was no “tipping point” but “it’s just an instinct and I just think it’s the right time for me, for the team. As tough a decision as it is, for me it feels like the right time.”

“I’m disappointed and I guess still a bit puzzled, but I’m supportive of the notion that sometimes you reach a point where you just know that you need to do something new,” Gallop said.

“The reality is we’ve been looking at those options anyway. I want to coach abroad,” he said.

“I have loved this job but it’s been all encompassing. I don’t want to be unemployed for too long but I probably need to gather my thoughts.”

Gallop said that he had “a bit of time” before appointing a new Australian coach, given the Socceroos don’t play again until March.

He added that there were “enormous advantages of having an Australia in this position … all of that is important … but it doesn’t necessarily guarantee that we will be able to appoint an Australian.”

Gallop said it was too early to say whether the FFA would appoint a short-term candidate or someone who could take the Socceroos through the “next cycle”.

Postecoglou watched from the sidelines last week as Australian captain Mile Jedinak scored a hat-trick in a 3-1 win over Honduras in Sydney to qualify for Russia 2018.

The win ended a nerve-wracking qualification run, which took in an Asian play-off against Syria and this intercontinental play-off, and Postecoglou told a post-match media conference he will “always be an outsider in Australian football”.

The coach was heavily criticised throughout Australia’s ultimately successful qualification run and it was a regular theme of his post-match press conference.

“I’ve been coaching for 20 years. I won my first championship when I was 31 years old,” he said.

“And you know what, I can coach for another 20 years and I’ll always be an outsider in Australian football. I don’t have the glittering Socceroo career … that you need.

“But that’s fine, I wear that as a badge of honour as I keep saying to people. The more [criticism] that comes my way, the more determined and resilient I am to just keep going down my own path.

“It’s worked well for me. Some people don’t like it. But to be fair, I’ve had a hell of a lot of support from players, coaches, the general sporting public.”

Media reports in October suggested Postecoglou would quit as coach after the qualifiers, regardless of the result.

He said while he’d been able to cope with the barrage of criticism, his family had had a tough time.

“While I’ve got a thick skin, they’ve had to cop what I’ve been copping and it’s unfair on them,” he said.

Postecoglou said he had received “a hell of a lot of encouragement” from the public and key football figures but “they just don’t happen to hold microphones so they don’t get heard”.

While he was in charge of the Socceroos, Postecoglou won the 2015 Asian Cup – Australia’s first major trophy.