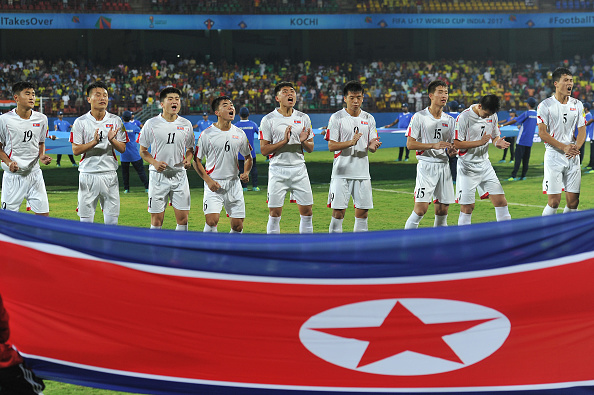 Australia will no longer host an international football tournament after Foreign Minister Julie Bishop denied visas to the North Korean team over their country’s “illegal nuclear and missile development programs”.

The government’s decision will force the youth tournament to be moved overseas, The New Daily can reveal.

Shepparton, in central Victoria, was set to host a qualifying event in November – involving Australia, North Korea, Hong Kong and the Northern Mariana Islands – with the winner advancing to the upcoming Asian Football Confederation (AFC) Under-19 Championship.

“The government has decided to not allow the North Korean U19 soccer team to enter Australia for the Asian Football Confederation U19 Championship qualifiers,” Foreign Minister Julie Bishop told The New Daily.

Ms Bishop added that the government had to be consistent with its approach on North Korea.

“Hosting the team would be contrary to the government’s strong opposition to North Korea’s illegal nuclear and missile development programs,” she said.

“It would also be inconsistent with our efforts to increase diplomatic and economic pressure on Pyongyang to comply with UN Security Council resolutions.”

The news is a blow for Football Federation Australia, which announced in August that the event was a “fantastic way to showcase our best young footballers to a local audience and demonstrate our commitment to supporting the AFC by hosting youth competitions”.

At the time, Young Socceroos coach Ufuk Talay said Australia’s home ground advantage gave our next generation of football stars “a great opportunity” to qualify for the tournament.

That advantage is now gone with a state government spokesperson confirming to The New Daily that the event would be “shifted to a neutral venue”.

“We’ll continue working to bring the best of the best to Shepparton and regional Victoria,” they added.

Commenting on Tuesday afternoon (AEDT), the FFA said they were “disappointed that qualifying fixtures for the Asian Football Confederation U-19 Championship, due to be played in Shepparton from November 4-8, are now likely to be relocated outside Australia due to the Federal Government’s decision not to grant visas to the team from DPR Korea.

An economic blow to Central Victoria

When contacted, Greater Shepparton City Council Mayor Dinny Adem was unaware that the tournament was being moved and said it was “disappointing” to hear.

“We’ve just opened our new $21 million sporting precinct and this was one of the first major events we were hosting.

“I can’t say I’m overly surprised with respect to the North Korean thing … but this would have been a nice one [event] to start off with.

“It’s disappointing – but to a degree, understandable.”

Councillor Adem said the news was particularly hard to take for football fans and local businesses.

In August, he said the event would generate more than $1 million in economic stimulation, attract intrastate, interstate and international visitors, and see around 3000 spectators attend matches at the newly redeveloped John McEwen Reserve.

“There’s quite a large football following here and for them, this would be disappointing,” he added.

“We’ll put our focus into other games now, like pre-season A-League games, proper games, qualifiers for senior tournaments around the Asia-Pacific region.”

– with reporting from Luke Henriques-Gomes