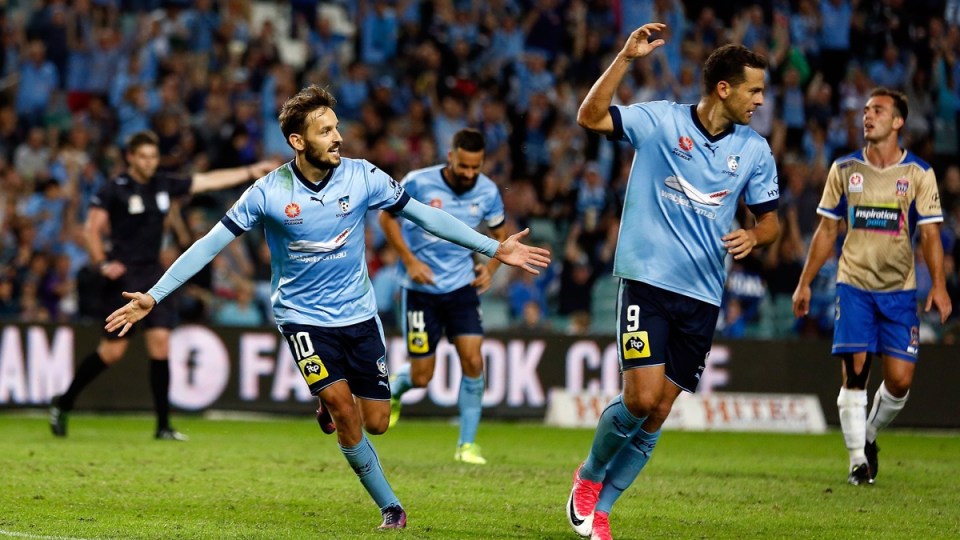 Sydney FC and Adelaide United are the sides to beat in the 13th edition of the A-League, Socceroos greats Mark Bosnich and Robbie Slater believe.

The Sky Blues lost just once last season in a dominant campaign that saw them finish first and win the grand final on penalties against Melbourne Victory.

Slater said Sydney has “too much quality” this year and that Graham Arnold’s squad has only got better in the off-season.

“They look stronger than last season and the signing of Adrian Mierzejewski looks a fantastic one,” Slater told The New Daily.

“They will have him and [Milos] Ninkovic playing behind Bobo and [Alex] Brosque … I think they will become the first A-League side to win back-to-back titles.”

Bosnich, who, like Slater will headline Fox Sports’ A-League coverage, says “Adelaide United will finish first past the post”.

Adelaide finished second-last in the 2016-17 season but Bosnich is convinced things will change, also tipping Newcastle to surge from last into the finals.

Bosnich and Slater both picked Sydney, Western Sydney, Melbourne Victory, Melbourne City and Adelaide to finish in the top six, only differing on Perth and Newcastle.

And that looks like bad news for Brisbane, Central Coast and Wellington.

See who moved where and comments on each side below.

Perth Glory
Coach: Kenny Lowe
Key signings: Xavi Torres, Andreu, Mitch Nichols
Key outs: Rhys Williams, Josh Risdon, Richard Garcia
Last season: Fifth (lost semi-final)
This season: “They are my wildcard. They can beat anyone on their day – but also lose to anyone. That will frustrate fans as much as it frustrates coach Kenny Lowe.” – Bosnich

Wellington Phoenix
Coach: Darije Kalezic
Key signings: Dario Vidosic, Andrija Kaluderovic, Scott Galloway
Key outs: Kosta Barbarouses, Roly Bonevacia, Glen Moss
Last season: Seventh
This season: “They’ve got a lot to prove. I want to see them show their value to the A-League. They should be doing better with the big home advantage they have.” – Bosnich

FOX SPORTS will show every game of the Hyundai A-League live, with no ad-breaks during play and in HD.

‘They have too much quality’: Socceroos greats preview A-League season