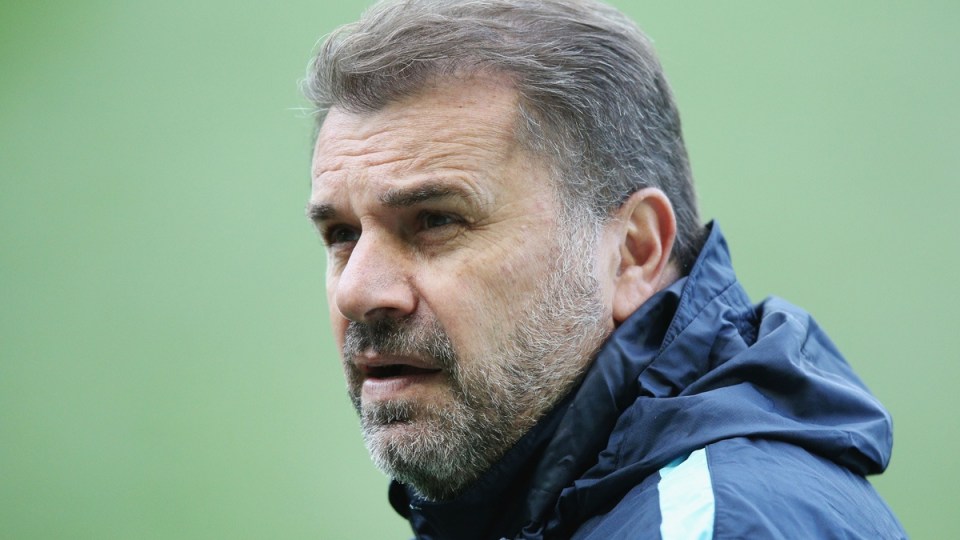 The Socceroos coach has been urged to look at things differently. Photo: Getty

The Aussies will meet the 75th-ranked Syria on neutral territory on Thursday night in the first leg of a crucial clash that follows a sluggish run of results.

Postecoglou’s men stuttered through the qualifying campaign, winning just once since June.

The inability to make the most of their chances forced them into a playoff that is essential to win if they are to keep their World Cup hopes alive.

Garcia acknowledges Syria will present a difficult test and said it was time that results took priority over performances.

“It’s a huge game. These are a tough set of games,” the 17-time Socceroo told The New Daily.

“Syria have a lot to prove. And with everything that’s going on in their [war-torn] nation, they will be putting in heart-on-their-sleeve performances.

“They [Australian players] have been under lots of pressure recently … it’s really about results than performances now.

“We need to start thinking about that because football is a results business.

“We’ve tried to play a certain way and that’s great, but it’s the time for results.”

Garcia remains “confident” Australia can beat Syria over two legs, which would set up another playoff, against the fourth-ranked nation from North American qualifying.

And he said the fact Thursday’s game is played in Malaysia, due to the ongoing conflict in Syria, will be a big help for the Socceroos.

“It might be a bit odd for the players,” he said.

“Some of these Asian nations play in front of small crowds but this game – it’s almost like it will be played behind closed doors.

“That should be a big advantage for us. If there was 100,000 screaming fans there, it would only add to the pressure.”

Garcia is also positive that Australia’s profligacy in front of goal – best exemplified in a scrappy 2-1 win over Thailand last month, in which they had more than 40 shots – will end soon.

“What is encouraging is we are creating the chances,” he said.

“Eventually, they will go in. It would be worrying if we weren’t creating the chances.”

Playoff fixtures have been fraught with danger for the Socceroos, with a two-legged defeat to Iran in 1997 – which saw Australia miss the 1998 FIFA World Cup – particularly painful for football fans.

Losses to Uruguay and Argentina, which also ended dreams of reaching a World Cup, were also difficult to swallow, but Australia did reach the 1974 and 2006 fixtures of sport’s biggest party through the playoff format.

The second leg of the Syria clash will be played in Sydney on Tuesday night and it is a contest Australia should prove too good in.

But what lies next will really test the Socceroos, with the United States currently sitting fourth in North American qualifying.

The US are ranked 28th in the world, 22 places above Australia, and beat the Socceroos the last time the two nations met in June 2010.

In that clash, an Edson Buddle double helped the US to a 3-1 friendly win in South Africa, held just prior to the 2010 FIFA World Cup.

The nations played out a goalless friendly draw in 1998, while Australia edged the first meeting 1-0 in June 1992.

Garcia said there was no chance the Socceroos would be thinking about playing the United States though.

“You can’t look too far ahead,” he said.

“Ange will have the boys fully focused on these two games.”

Australia v Syria: The Socceroos need results not near misses