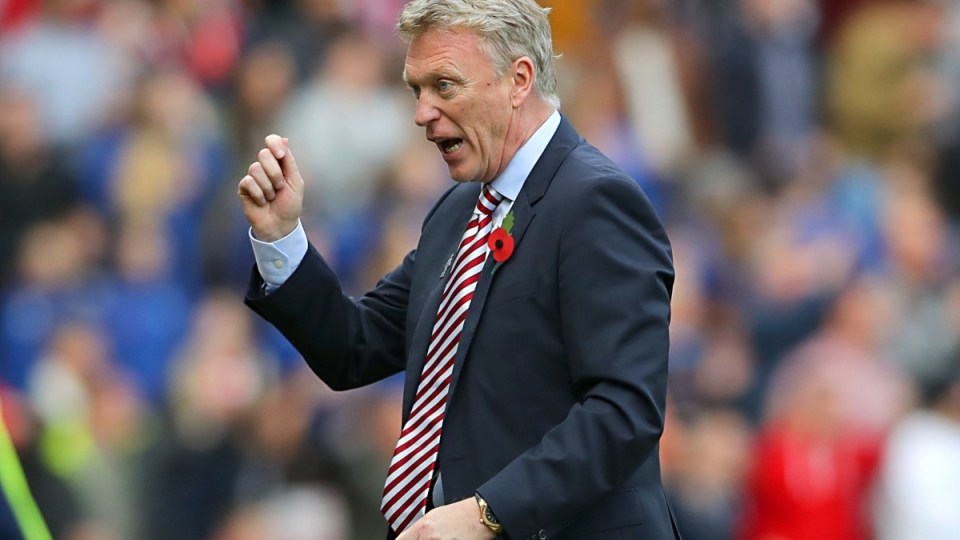 Moyes has dismissed the remarks as out of character and has apologised. Photo: AAP

Sunderland boss David Moyes does not fear for his job and never considered resigning over his “slap” remark to a female reporter.

As the Football Association confirmed it would ask the club for an explanation of Moyes’ comments to BBC radio reporter Vicki Sparks, the 53-year-old former Manchester United boss made a public apology, but vowed to carry on in his post.

Speaking at his pre-match press conference ahead of Sunderland’s Premier League trip to Leicester on Tuesday, he said when asked if he had considered resigning: “No, never a consideration.”

Moyes is also confident he can carry on with his job with owner Ellis Short and chief executive Martin Bain having been aware of what happened for some time.

A contrite Moyes found himself at the centre of a storm after video footage emerged of what he thought were off-camera comments to Sparks in the wake of a post-match interview on March 18.

The video, which was published by the Daily Star on Monday, captured the manager reacting to a question he did not like, saying: “You were just getting a wee bit naughty at the end there, so just watch yourself. You still might get a slap even though you’re a woman.

“Careful the next time you come in.”

Both Moyes and Sparks were laughing during the exchange and the reporter did not make a complaint, although colleagues were unimpressed when they heard what had been said.

Speaking at his press conference, the Black Cats boss said: “In the heat of the moment, I made a mistake in my comments to a BBC reporter, which I profoundly regret. I was disappointed with myself for it.

“I subsequently phoned the reporter and apologised, which she accepted. It’s not my character, it’s not my type, as most people know and once again, I apologise for it.”

However, shadow Sports Minister Dr Rosena Allin-Khan called upon the FA to take action via her Twitter account.

Dr Allin-Khan tweeted: “David Moyes cannot get away with these sexist threats – the @FA must take action immediately.”

Asked if he was sexist, Moyes replied: “No. I think people who know me would say that and as I said in the heat of the moment, I used the wrong words.”

Sunderland and perhaps Moyes himself will now have to discuss the matter with the FA, which is planning to ask for clarification.