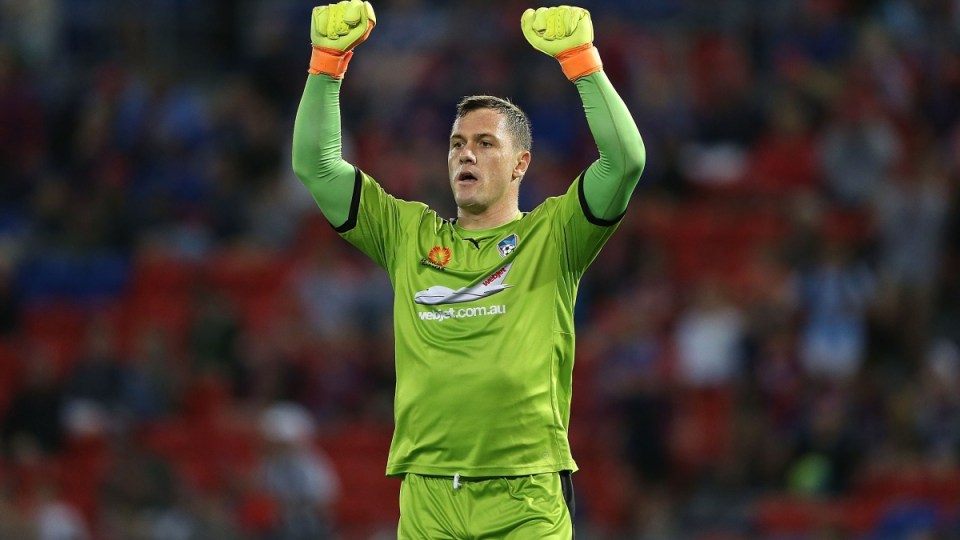 Eighteen-year-old Riley McGree is the shock Socceroos bolter for this month’s crucial World Cup qualifiers, while veteran goalkeeper Danny Vukovic and right-back Rhyan Grant have been rewarded for their career-best form with Sydney FC.

Coach Ange Postecoglou named the trio on Wednesday as part of seven uncapped players in an extended 30-man squad for this month’s crucial World Cup qualifiers against Iraq and the UAE.

The others are Awer Mabil, Jimmy Jeggo, Ryan Edwards and Mustafa Amini.
Tim Cahill and Tomi Juric are back while Asian Cup hero James Troisi returns for the first time since 2015 and Perth defender Rhys Williams and Brisbane captain Matt McKay have been recalled.

Postecoglou upheld his pledge to include more A-League players for the March 23 game in Tehran and March 28 fixture in Sydney, but McGree’s inclusion is perhaps the most left-field selection of his tenure with the sprightly teenager having played just 710 minutes in the A-League.

Playmaking wizard Tom Rogic is absent through injury while China-based central defender Matthew Spiranovic is the biggest casualty from the last squad. 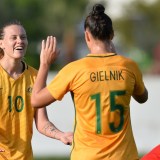 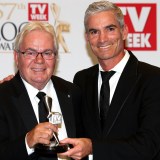 Jamie Maclaren, Apostolos Giannou, Josh Risdon and the injured Adam Federici also miss out, though Postecoglou kept faith with attackers Robbie Kruse and Nathan Burns despite their seasons in Asia only just starting.

Vukovic has been named for the first time in seven years thanks to his part in the Sky Blues’ record-breaking A-League defence and he earns a spot alongside Europe-based No.1 Mat Ryan and second choice Mitch Langerak, as a replacement for the injured Adam Federici.

Having conceded 11 goals in 22 appearances this season, Vukovic was selected over 34-year-old Brad Jones, who can’t seem to get a look-in despite impressing for Feyenoord.

Vukovic, who holds the overall record for most A-League appearances across stints with Sydney, Central Coast, Wellington, Perth and Melbourne Victory, has sat on Australia’s bench but been overlooked since 2010.

His return is deserved after a difficult period off the pitch, during which his young son Harley underwent a life-saving liver transplant.

Postecoglou will watch his squad in action this weekend before whittling it down to 23 early next week.

Australia sit third in their qualifying group and have five matches to secure a top-two finish and automatic qualification for Russia 2018.