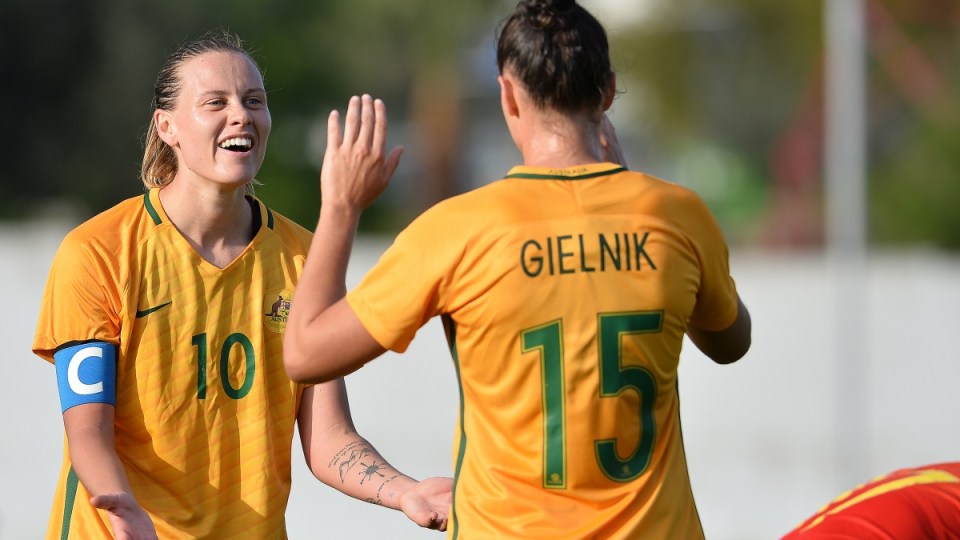 The Matildas have come from behind to defeat China 2-1 in the Algarve Cup tournament in Portugal.

A goal from super-sub Emily Gielnik and then the winner from 16-year-old Ellie Carpenter lifted the Matildas past China and to the top of their group.

Gielnik was introduced in the 59th minute by coach Alen Stajcic and got her equaliser just two minutes later, smashing home Emily van Egmond’s cross to level the scores at 1-1.

It was Gielnik’s third goal of the tournament after scoring a brace in the 3-2 win over the Netherlands.

Then it was Carpenter’s turn to play the hero, the teenager bagging her first Matildas’ goal as she headed home a van Egmond corner to make it 2-1.

The Matildas controlled much of the match and pressed hard to open with but simply could not find the net as China sat back and played counter-attacking football.

China’s patience was rewarded when Wang Shanshan was played in at the 36 minute mark to give China a goal against the run of play and a 1-0 lead at halftime.

The Netherlands bagged a surprise 1-0 win over Sweden in the other group game to see Australia top Group C.

In the invitational tournament’s unique format, the top-two teams from across the three groups advance directly to the final.

Spain already have one of those sports sewn up with the other likely to go to Canada or Denmark.