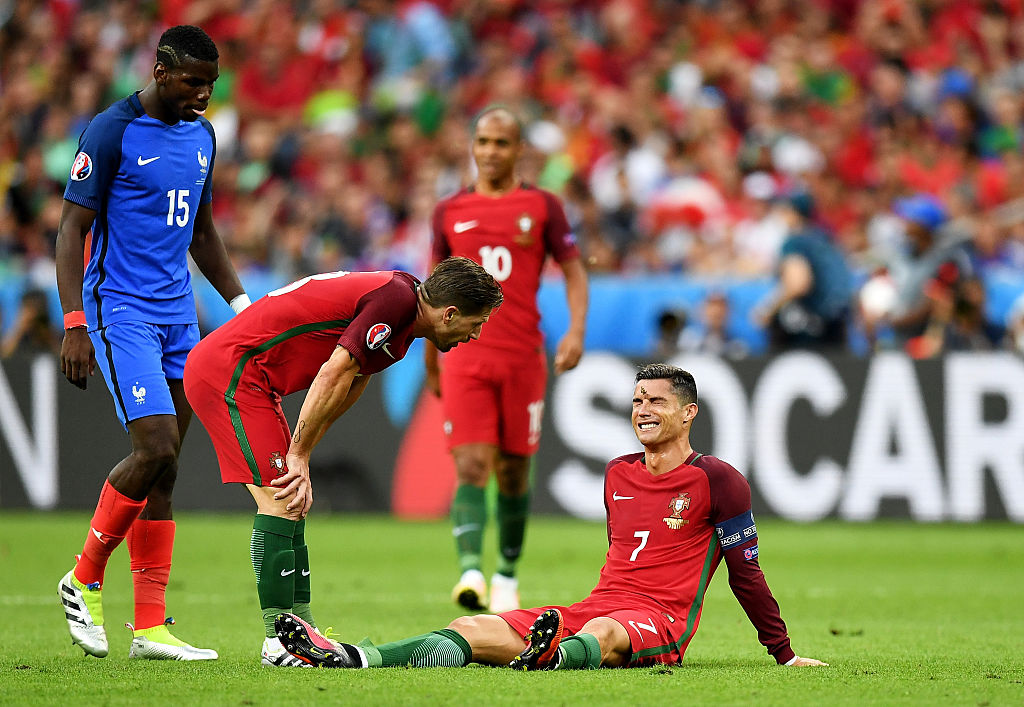 Portugal star Cristiano Ronaldo had two reasons to break into tears in the Euro 2016 final. The first was when the champion was stretchered from the field after just 24 minutes of the Euro 2016 final with France after suffering a leg injury.

The second was when the whistle went on an extra-time period which saw underdog Portugal upset the home nation with a wondergoal after 90 minutes of play.

A dramatic goal seemingly out of nowhere from striker Eder won Portugal its first European championship, breaking French hearts with a 1-0 win at Stade de France.

After a goalless 90 minutes, most notable for an early injury to Cristiano Ronaldo and the influx of moths that took over the stadium, Portugal began to take over the match in extra-time and substitute Eder proved the match-winner.

After cutting inside past two French defenders, the Lille striker unleashed on his right boot past Hugo Lloris, stunning the vocal home crowd and sending the Portugal bench into euphoria.

Portugal’s hopes looked in serious jeopardy when a Dimitri Payet injured Ronaldo’s knee and took him out of the game, but after withstanding an avalanche of pressure at various stages of the match, the underdogs prevailed.

Payet clattered into Ronaldo’s standing leg in a tackle after only eight minutes on Sunday and, despite receiving treatment, the Real Madrid star was unable to fully recover.

Ronaldo returned to the pitch with a heavily strapped leg but minutes later signalled to the bench he could not continue and was replaced by Ricardo Quaresma.

The match was goalless when Ronaldo made his departure, carried straight down the Saint-Denis tunnel on a stretcher.

What brought Ronaldo to tears in the Euro 2016 final