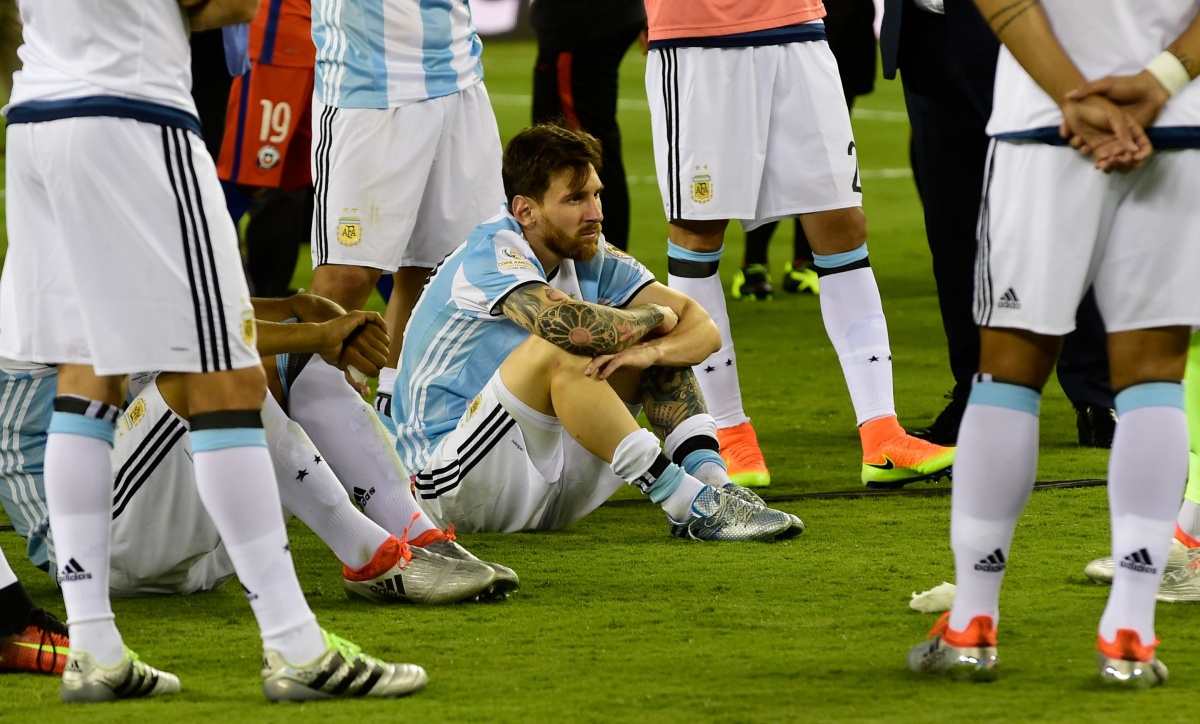 Argentina and Barcelona star Lionel Messi has been sentenced to 21 months jail and fined $A2.96 million by a Spanish court on tax evasion charges.

Messi, 29, a five-time winner of the FIFA Ballon d’Or award for world footballer of the year, was handed the jail time and fines, along with his father Jorge, for three counts of tax fraud.

The pair are expected to appeal the verdicts through the Spanish supreme court.

Messi and his father may escape serving time in jail. Under Spanish law any sentence below 24 months may be served under probation.

Jorge Messi was fined $A2.2 million for his role in managing his son’s finances in the fraud, according to a statement from the Spanish court.

Leo, as Messi is affectionately known, is expected to earn a reported $A53.3 million in 2016.

The verdict added to a torrid two weeks for the Argentine captain, who missed a penalty in his country’s June 27 Copa America final loss to Chile.

Messi was so distraught after the game – his fourth major final loss in a row with Argentina – that he indicated he would retire from international football immediately.

“The national team is done for me,” he told reporters at the time.

“It’s difficult. It’s a hard moment for any analysis.

“In the dressing room I thought that the national team is not for me. It’s what I feel now — it’s a great sadness that I’m feeling again.”

Messi told court last month he was not aware of the Spanish tax fraud.

“I was playing football, I knew nothing,” the BBC quoted Messi as saying.

Spanish authorities alleged that two tax havens in Belize and Uruguay were used to conceal the player’s earnings from image rights.

Messi said he signed documents without reading them because he fully trusted his advisors and father, who looked after his finances.

“I only worried about playing football,” he told the judge.

Messi’s appearance at court caused him to miss part of his team’s preparation for the Copa America in the United States.

Evidence was considered from several of Messi’s contracts, including the Banco Sabadell, Danone, Adidas, Pepsi-Cola, Procter and Gamble, and the Kuwait Food Company brands.

Messi and his father had already made a $A7.4 million “corrective” payment to the court in 2013, however this did not save him from further penalty.

Lawyers for Messi argued the superstar had “never devoted a minute of his life to reading, studying or analysing” the contracts.