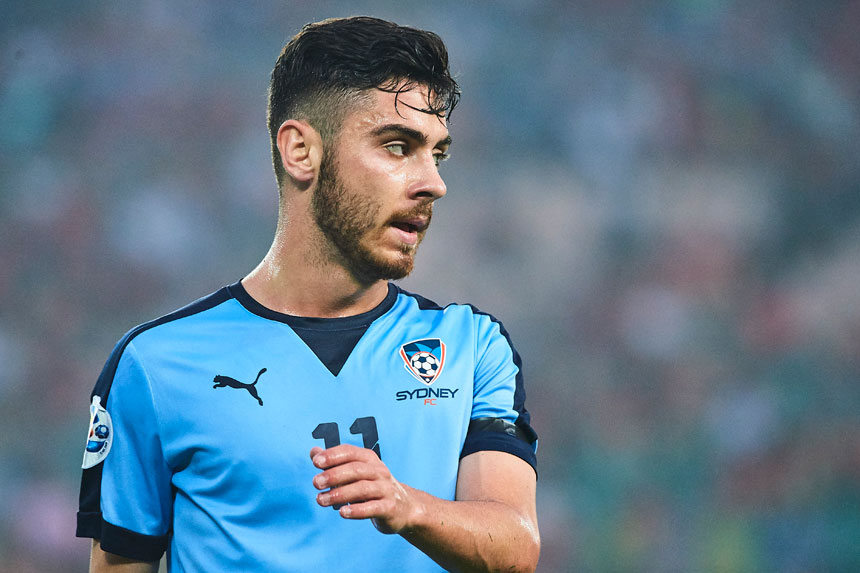 Former Sydney FC midfielder Chris Naumoff has walked away from the game due to a heart problem.

The 21-year-old Olyroo was cut by the Sky Blues at the end of this year’s A-League season, but recently signed a three-year deal with Spanish Segunda Division club CD Numancia.

But a mandatory medical assessment with his new club revealed an abnormality of his heart, which was diagnosed as hypertrophic cardiomyopathy – a condition that puts athletes at risk of cardiac arrest.

“I intend to stay involved with the game of football in one way or another, and hope my example can change the lives of athletes and set a precedent to better testing and awareness for the future and the wellbeing of all athletes,” Naumoff said in a statement.

“How long this condition has affected me is unknown, and how this condition was not discovered during my time as a professional in Australia is a question for another day.”

Naumoff made 44 appearances for Sydney FC, featuring in its Asian Champions League campaign this year.

He also played for Australia at underage levels.

Aussie footballer retires at 21 due to heart problem