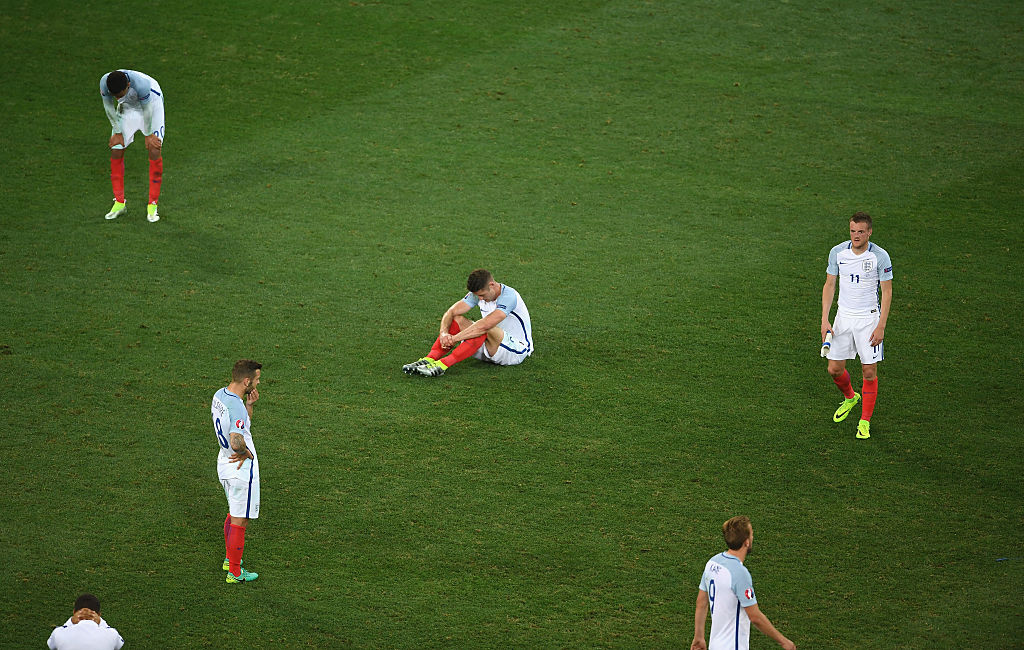 English presenter Julia Hartley-Brewer has blasted the country’s national football team as “overpaid nonces” in an extraordinary rant on the BBC.

The word nonce is a casual term used in the United Kingdom to describe ‘a person who commits a crime involving sex, especially sex with a child’.

Hartley-Brewer was reacting after England were knocked out of Euro 2016 by minnows Iceland, who came from behind to beat them 2-1 in their last-16 clash on Monday (AEST).

Iceland, which has a population of less than 350,000, continued England’s long run of embarrassment and failure to meet expectations at major tournaments with their victory.

Manager Roy Hodgson quickly resigned in the aftermath of the surprise result in Nice.

And Hartley-Brewer, participating in a panel discussion with host Henry Bonsu and Clive Myrie on the publicly funded BBC, did not hold her back in her assessment.

A series of ex-players and pundits also slammed England following their defeat, with former striker Alan Shearer one of the most damning.

“That was the worst performance I’ve ever seen from an England team. Ever. We were outfought, outthought, outbattled and totally hopeless for 90 minutes,” he said.

“It looked to me like Roy was making it up as he was going along.

“Tactically inept. We had players in the squad who didn’t deserve to be there. Harry Kane on corners, the list is endless.

“Our players caved tonight. We’ve all played under pressure – they caved and the manager caved.”

Gary Lineker, who hosts Match of the Day on the BBC, said on social media: “England beaten by a country with more volcanoes than professional footballers.

Ian Wright, another former striker, said England were “petrified” in their defeat.

“Someone was waiting for someone else to do something. They were petrified,” he said.