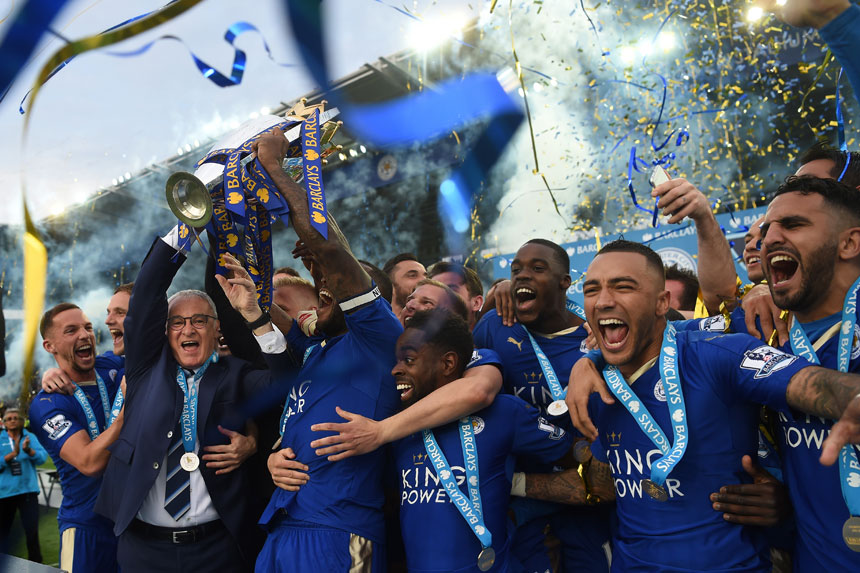 It only just finished but the new English Premier League season starts in less than two months.

And that means Australian fans are facing decision time.

For months they have largely grumbled about Optus’ acquisition of the live Premier League rights from Fox Sports, and the fact that the telco has made the world’s most popular sport league exclusive to their customers, instantly shutting out more than half the country.

Much of the discontent is also centred on confusion. Because a wide range of Optus plans are eligible for free Premier League coverage, fans are unsure on whether they need to sign up, how it will work, what will feature on the 24-7 channel and how much things will cost.

So, in a bid to clear the fog, here are the ways – not just with Optus – that Aussies can watch the Premier League in the 2016-17 season, and how much it will cost you.

Viewable on phone, tablet and laptop, it remains in development and will launch on July 4. The New Daily was given an exclusive look: it appears easy to use and centred on live coverage, with news, fixtures, tables and results all quickly accessible.

If you sign up before July 31, the app is available to those with Optus plans that cost at least $30 per month.

The Mini device, launched in July, will only be Premier League-enabled if you buy it through Optus. It’s available for Optus customers for $5 extra per month, as long as you meet the minimum spend requirements. The ‘Gen 3′ device, yet to be launched but only available for customers who subscribe to Optus’ home broadband service, is the same.

Available on Fetch TV is Netflix, Stan, YouTube and on-demand movies – and, crucially, the telco says you don’t need to have your internet through Optus in order to use it.

“If you’re in contract, which we know many customers are and they’ve said ‘that’s a bit of an issue for us’, you don’t need to be on an Optus broadband connection to have it,” Optus’ head of TV, mobile video and content, Paul Rybicki told The New Daily.

Optus have also struck a deal with the Apple TV. You can download the Optus app on it and watch the Premier League coverage – but like all deals, you will need to be an Optus customer in some form – and meet the minimum spend.

For those without a stable internet connection, in rural areas, or owners of pubs and clubs, Optus is providing a satellite option via a dish installed on your roof. Optus says it will assess the viability of a satellite dish when customers enquire.

It costs $250 for installation and a further $20 per month from there. It will not rely on your internet connection.

SBS will show one match live each round for the next three seasons – and it will be in HD. Its coverage won’t require an internet connection of any form because of the deal it struck with Optus.

In a bid to keep angry football fans happy, Foxtel announced in May they had signed “broadcast arrangements with six major English Premier League clubs.”

Chelsea, Liverpool and Manchester United will have 24-hour channels running, at no extra cost for subscribers, and programs featuring Arsenal, Manchester City and Tottenham will be screened on the network’s other channels.

All games from the six clubs in the EPL, FA Cup and Capital One Cup will be shown, but on delay, usually around about 10 hours after conclusion.

Optus will run 10 channels, enabling the live screening of a match on each one. Mr Rybicki hopes ‘Optus Sport 1’ will become the new home for English football fans.

“There’s content that we’ll be bringing to Australian fans of the Premier League that they’ve never seen before,” Rybicki said.

“That will, of course, include all 380 games, and analysis programs, preview shows, highlights and fan engagement. We’re very excited.”

In addition to live coverage, The New Daily can reveal that Optus will screen:

– Two different 30-minute Premier League news shows each weekday
– Two one-hour ‘fan engagement shows’ each weekday where Aussie fans can call into the studio to ask questions on Skype or send them via email
– A 90-minute weekly ‘relaxed, couch-style’ program called ‘Football Today’ with various guests
– An hour-long show dedicated to Fantasy Premier League on a Thursday
– Highlights programs played regularly – and available on demand as early as possible
– All matches available on demand as soon as they are finished, until a side plays their next game

Despite Optus’ recent decision to drop the minimum spend, consumer advocacy group CHOICE still says it is “absurd” the telco has made the Premier League exclusive.

This is how to watch the EPL in Australia