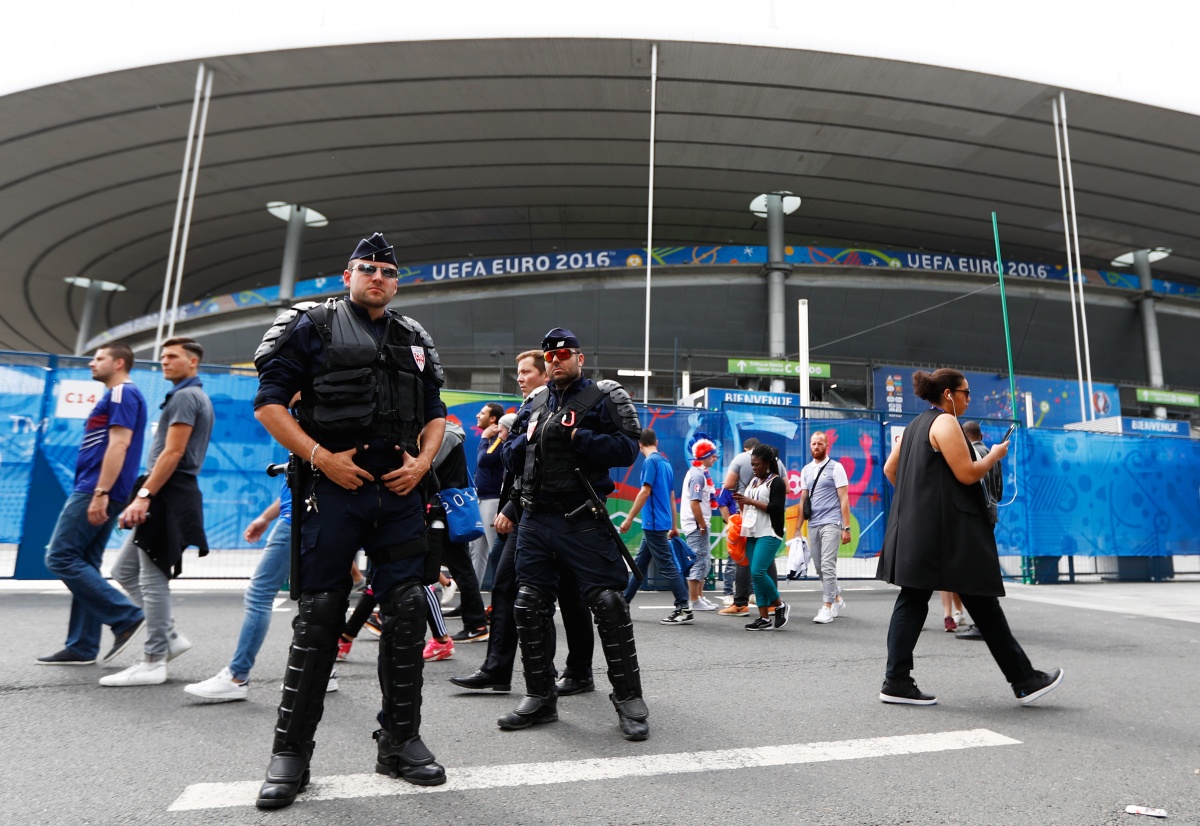 European authorities are warning of an imminent terrorism threat at France’s Euro 2016 football tournament, while the Australian government is urging travellers to take extreme caution in the country.

On Thursday (AEST), French and Belgian security services were on alert for two Islamic State (IS) terror cells believed to be travelling from Syria to France.

The travelling terrorists would split into “two attack units” and would target police, American fast food restaurants and shopping malls in both France and Belgium, the Daily Express reported.

A spokesperson for Belgium’s anti-terror unit was quoted in the report as saying the group “left Syria about a week and a half ago aiming to reach Europe via Turkey and Greece by boat without passports”.

A Department of Foreign Affairs and Trade spokesperson told The New Daily that Australians in France and Belgium should “exercise a high degree of caution”.

“During the UEFA European Football Championship, travellers should be vigilant around large crowds that will gather for football matches and related events, including official ‘Fan Zones’ in host cities,” DFAT said in a statement.

“If attending matches or related events, travellers should be aware of increased security arrangements.”

Deakin University terrorism expert Dr Greg Barton told The New Daily that IS had been known to send fighters from Syria into Europe with plans to carry out attacks.

“The organisers of the Euros have been anxious all through the planning and execution of the tournament … they’re going all out with security,” Dr Barton said.

“But at the end of the day there is always the chance they will miss something … any stranger or any civilian is fair go for IS.”

Dr Barton also said large, often drunk and vulnerable nationalistic crowds throughout France for Euro 2016 would be “soft targets” for the terror group.

“Attacking the Euro cup gives IS automatically such leverage with publicity.”

Police remained on heightened alert in France as the Euro 2016 championships continued.

France is hosting the tournament in 10 stadiums across the country. The event ends on July 11 (AEST). Around 2.5 million spectators were expected to watch the 51 matches.

The final, and many other feature games, are being held at the Stade de France in Paris, which was attacked by three suicide bombers in November 2015.

Two people died in the botched stadium attack, which was hosting a France vs Germany football friendly, but 128 died in simultaneous attacks across the city including at the Bataclan theatre on the same evening.

Local security services said there were no plans to raise the terror threat level to maximum following the new intelligence.

The warning came 24 hours after IS-linked Larosi Abballa, 25, stabbed to death a French police chief and his wife in Chantilly. Abballa was shot dead by police following the incident.

Previous to that on Sunday evening, a man with known links to IS massacred 49 people and injured 53 more at a LGBTI nightclub in Orlando, United States.

The terror warnings came as French police struggled to contain sections of unruly fans, who continue to cause bedlam on local streets before and after games.

On Thursday, Marseille prefect Stephane Bouillon told local media that 20 Russian males would be deported on Monday for allegedly engaging in the violence. One of the men named was Alexander Shprygin, who heads a Russian football supporters’ association.

The chaos peaked last week before England’s match with Russia in Marseille.

They threw bottles, trashed cafes, clashed with police and wrestled graphically in the streets, leading the Russian Football Union (RFU) to be fined $A229,000 by UEFA. Russia was also told it was on the verge of tournament disqualification.

A further 36 arrests were made in Lille on Wednesday.