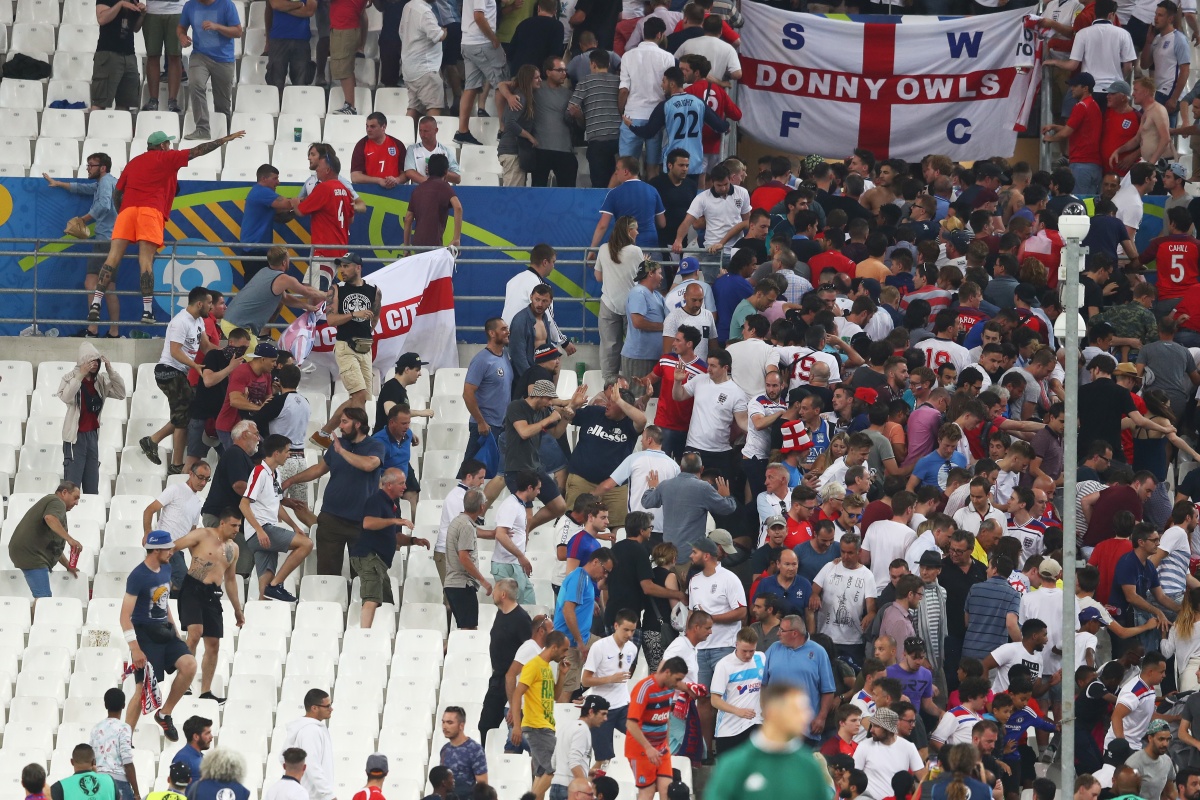 A senior Russian football official and politician has praised his country’s football hooligans, claiming they were defending the nation’s honour and that it was “normal” for fans to fight at matches.

“I don’t see anything wrong with the fans fighting,” Igor Lebedev, a member of both the Russian Football Union’s executive committee and the lower house of Russia’s federal assembly.

“Quite the opposite, well done lads, keep it up!”

• Brazil bundled from tournament by ‘Hand of God’
• Huge crowd for Ali funeral
• NSW, Queensland make one change each for Origin

Mr Lebedev blamed the French authorities for the trouble that marred the Euro 2016 game between England and Russia, and criticised other team officials for speaking out against their fans.

“In nine out of 10 cases, football fans go to games to fight, and that’s normal,” he said.

“We should forgive and understand our fans.”

UEFA yesterday said Russia and England could be thrown out of the European Championship finals if their fans are involved in more violence.

The UEFA executive committee made a public “warning” in a statement which expressed “disgust for the violent clashes which occurred in the city of Marseille” this weekend.

On top of any punishment ordered by an investigation committee, the executive committee said “it will not hesitate to impose additional sanctions on the Football Association (FA) and the Russian Football Union (RFU), including the potential disqualification of their respective teams from the tournament, should such violence occur again.”

UEFA earlier charged Russia with misconduct over the role of its fans in the unrest.

Russia was charged with crowd disturbances, racist behaviour and letting off fireworks.

The result of the inquiry and sanctions are to be announced on Tuesday.

Russia’s next game is in Lille, northern France, on Wednesday against Slovakia. England’s next Group B game against Wales in nearby Lens on Thursday has been classed as a high-risk game by the French authorities.

A ban on alcohol consumption has already been ordered.

Peter Dutton touted as next Liberal leader as he claimed victory in Dickson
‘The urgency of the situation’: WHO steps in as monkeypox cases erupt around the world
Volodymyr Zelensky: How war will end as Ukraine ‘breaks backbone’ of Russian army
Jim Chalmers decries Coalition waste as Labor hits the hustings amid downpours in Queensland
Anthony Albanese, Scott Morrison cast their votes in Sydney
Australian aces at French Open out to show there’s life after Ash Barty
Brazil bundled from tournament by ‘Hand of God’
Today's Stories