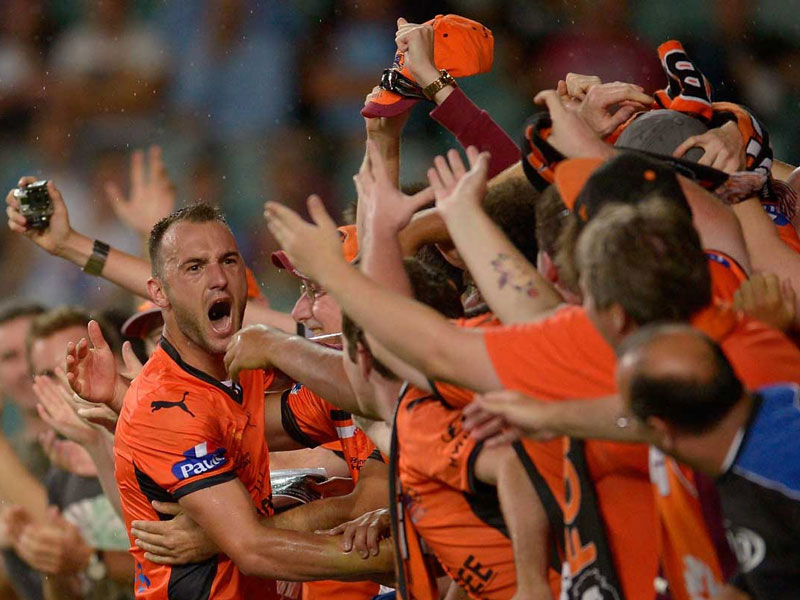 The Bakrie Group’s tumultuous reign over Brisbane Roar is almost over with the A-League club poised to be sold to a consortium led by Melbourne businessman Daniel Cobb.

Cobb, the owner of energy comparison website Electricity Watch and former Adelaide United sponsor Clean Energy Enterprises, heads a group that has agreed to buy the Roar’s A-League licence from the Bakries – a sale that is subject to due diligence and approval from Football Federation Australia.

The process could see Cobb’s consortium take either 100 per cent ownership of the club, or a controlling share, with the Bakries showing interest in staying on as a minority shareholder.

Cobb recently approached the Indonesian conglomerate with the proposal to buy the three-time A-League champions, subsequently flew to Jakarta to meet key Bakrie representatives, and was made the club’s managing director and interim chief executive officer earlier in the week.

Family head Nirwan Bakrie has also agreed to inject $2 million into the club in a move that will allow coach John Aloisi and football director Craig Moore to begin planning for the new season.

“I’m the managing director of the club because a party that I’m related to has agreed terms with the Bakrie Group,” Cobb told AAP.

“We’ve signed a terms sheet that will see them exit the club and us acquire the club.

“FFA need the club stabilised and we have secured a capital injection from the Bakrie Group during the time which the process with the FFA and the engagement with other stakeholders in relation to the sale is completed.

“ The recapitalisation from the Bakries should mean players and staff are paid on time next Wednesday, avoiding an insolvency event that would have triggered an A-League licence breach and given FFA the opportunity to take over.

Cobb intends to hold a media conference in Brisbane on Friday to elaborate on his plans for the club, but said he was unable to reveal the identity of the other investors.

Cobb’s company Electricity Watch recently became a business partner of Football Federation Victoria.  Another one of his businesses, Clean Energy Enterprises, signed a three-year, $1 million sponsorship with Adelaide United in 2013.

However, it only lasted a short time before Cobb terminated the deal, and it’s understood there is residual ill will between him and the club.