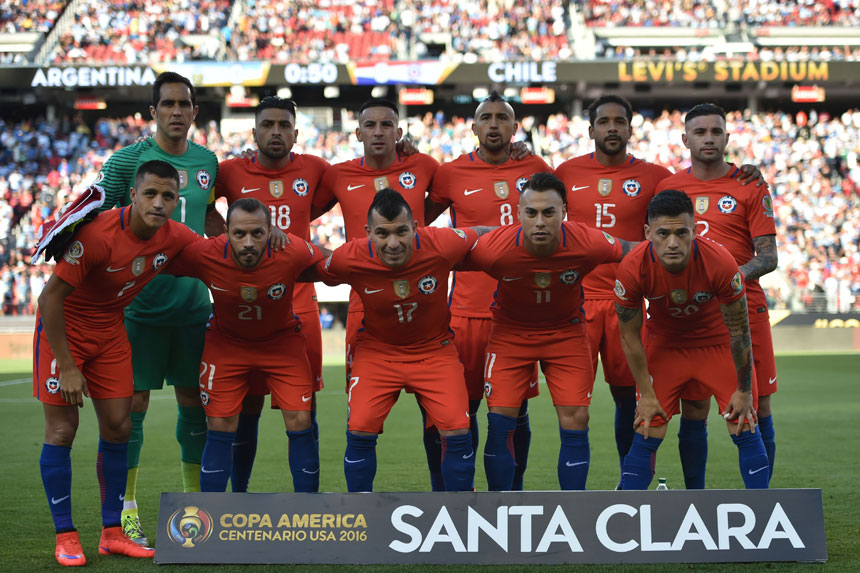 Organisers of the Copa America soccer tournament have been left red-faced after yet another anthem blunder.

Chile were once again the victims of organiser error, potentially distracting them ahead of a 2-1 loss to Argentina on Tuesday (AEST).

The nation weren’t even playing on Monday, but it was their anthem played by mistake instead of Uruguay’s.

You would have thought that avoiding an error during Chile’s anthem before Tuesday’s match was high on the list of priorities for tournament organisers.

And all seemed to be going well as Chile’s anthem started and players and fans sung loudly.

But once the backing track disappeared – a common occurrence for the second half of anthems of South American football teams – things went awry.

The official song of the tournament, Superstar by Pitbull, stared blaring.

See the video below:

Keep calm and carry on, even when @pitbull interrupts your national anthem!! #ARGvCHI #CopaAmerica #beinasucopa https://t.co/bdL42BdPf8

Credit to Chile’s players, who, unnerved, continue to sing as those controlling the PA system scrambled to stop the audio.

Tournament organisers, according to reports, later said that the Pitbull track was scheduled to be played after the anthems finished at Levi’s Stadium in California.

The tournament tried to put a positive spin on the slip-up by saying the fact that the Chile players kept singing despite the PA error was “something quite beautiful”.

In a video posted to their official YouTube account, host Nicole Dabeau said: “What could have been another embarrassing scene actually turned into something quite beautiful. Well done guys.”

Just one day earlier, Uruguay’s players and coaches were stunned when they heard Chile’s anthem instead of their own.

Goalkeeper Fernando Muslera was perhaps the most confused, awkwardly looking around during the anthem as many fans jeered.

Star striker Luis Suarez, starting from the bench, was spotted talking to his fellow substitutes as, farcically, the wrong anthem continued to play.

A statement from the Copa America local organising committee later apologised for the incident.

“This evening during the pre-match ceremony, due to human error, we inadvertently played the incorrect national anthem,” it read.

“We sincerely apologise to the Uruguayan Federation, the Uruguayan National Team, the people of Uruguay and to the fans for this mistake.

“We will work with all parties involved to ensure such an error does not occur again.”

Is it the silly season for anthems?

The pair of blunders aren’t the only football-related anthem bungles to have hit the headlines in recent weeks.

British singer Karen Harding, tasked with singing the national anthem of the United Kingdom, God Save The Queen, put in a performance she’d rather forget before the FA Cup Final.

Harding missed her cue to perform the anthem at iconic venue Wembley and stood there silently, smiling, while fans and players sung.

Even the crowd’s prompting failed to get Harding going, before she eventually realised and started singing, five lines into a seven-line anthem.

The incident attracted global headlines and saw Harding, a former contestant on The X-Factor, issue an apology on Twitter, where she blamed the incident on “technical difficulties”. Yet another major anthem blunder at soccer event