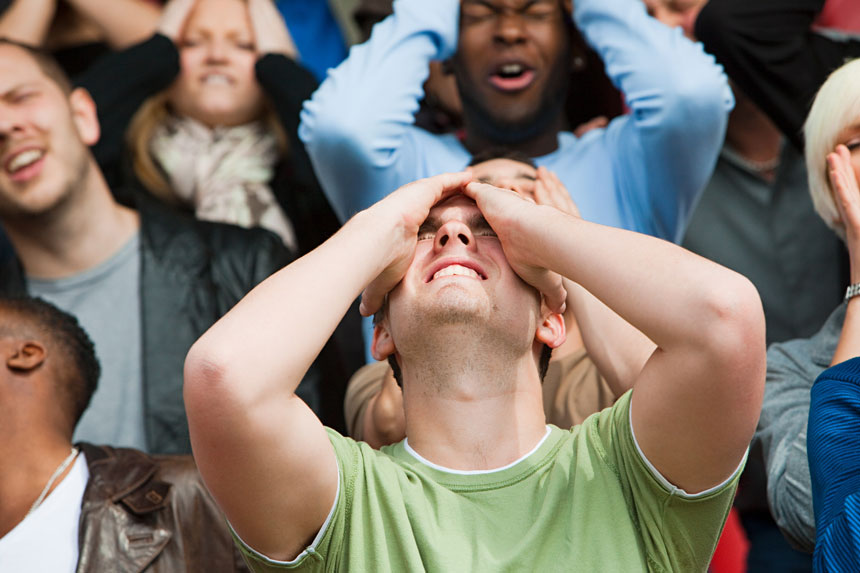 Optus has slashed prices on its English Premier League packages in a bid to encourage customers to sign up before the 2016-17 season starts.

Unrest has been high among football fans ever since the telco unveiled its controversial broadcasting structure, which bars Australians from watching sport’s most popular league unless they are Optus customers.

While that remains the same, Optus announced on Monday that new customers would get free Premier League coverage for the upcoming season on a range of selected plans, starting from a mobile package that costs as little as $30 per month.

• How to watch EPL without joining Optus
• Fans are fuming at Optus’ EPL plans
• Revealed: Muhammad Ali’s dark side

It has also dropped the minimum Optus spend for Premier League coverage from $85 for those who sign up before July 31. The promotion ends after that and fans wanting to upgrade will be slugged $15 per month if they do not meet the minimum spend.

The improved deals come despite Optus saying “healthy interest” had been shown by consumers in its plans.

“This is an incentive to get your Premier League subscription now,” an Optus spokesperson told The New Daily.

“We’re encouraging fans to sign up now so they’ll be set up before the start of the season [in August].

“Particularly with broadband installations, depending on where customers live, it can take a little time to get set up.”

Many football fans were quietly hopeful that Optus would stand down on their pledge to make the Premier League exclusive to their customers.

But that won’t be happening, with Optus saying that that would defeat the purpose of its extensive outlay for the rights.

“The purpose of buying content that moves people is to grow our mobile and broadband market share,” Optus said.

“Bundling content with our core products is critical to allowing us to execute on that strategy.”

Optus’ distribution of the rights has certainly caused a stir among football fans and The New Daily can reveal that the issue has reached the boardroom of English Premier League giants Liverpool.

Ian Ayre, the club’s chief executive, will pass on a report highlighting grievances about the deal at the next Premier League shareholders’ meeting.

‘Expect the backlash to continue’

Consumer advocacy group CHOICE says the fact that Optus is holding football fans to ransom is “unfair and absurd”.

“It’s possible some Optus customers might welcome the telco’s decision to reduce the price barrier for accessing the English Premier League,” a spokesperson told The New Daily.

“However, Optus is still forcing you to buy one of their phone or internet products to watch your favourite football league.

“Your choice of phone or internet provider should not be dictated by the content you want to watch.

“Bundling these choices together is unfair and absurd.

“If Optus doesn’t fix this, they should expect the backlash to continue as people use VPNs [virtual private networks] to buy the content overseas using the internet provider of their choice.”

The international fans representative of the Liverpool supporters committee, Matthew Selby, says fans get short-changed by Optus’ deal – even if the new deals are better than what was first offered.

“Many people are locked into contracts so it’s not just a case of moving to Optus – it may not be possible without a huge early termination fee.

“Optus customers should get a benefit but everyone who wants it should have access to the EPL.

“The reaction [to Optus] has been mainly negative, due to the cost, availability and the fact it’s now streamed and not delivered via satellite/cable.

“Today’s move is undoubtedly good news for many. I would be surprise if it wasn’t due to the backlash and bad publicity.”