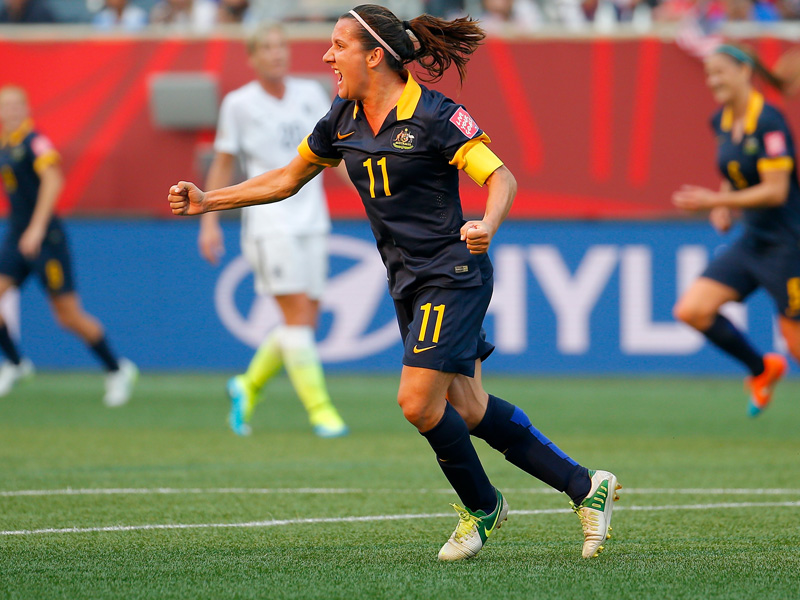 Lisa De Vanna’s ascension from wild child to the captain of Australia is a tale of persistence.

Now 31, the pint-sized De Vanna was once considered bad news in the football world.

Her behaviour and training was questioned and on two separate occasions she was removed from national team set-ups.

• The teen who helped the Matildas reach the Olympics
• Matildas vs Socceroos: the gender pay gap
• The women who’ll restore your faith in football

“Obviously I don’t have the perfect reputation,” a candid De Vanna told The New Daily.

The first incident, in 2002, saw her kicked out of a squad for the 2002 Under-19 World Cup for selfishness on the field and causing team disharmony.

In 2011, she was sent home from a Matildas camp, only allowed to return on the premise she performed “basic obligations”. It is hardly the background of a captain.

“That’s because people don’t understand me. It can be interpreted wrong,” she said.

“My intentions are never to hurt anyone and that’s just how I am … passionate and driven as a player.

“It can come across as wrong but once you get to know me on a personal level, a lot of people tell me I am the most misunderstood person they’ve met.” It was a big call from Stajcic in a significant year for women’s football in Australia, as a run to the quarter-finals of the FIFA World Cup captured our imagination. A landmark pay deal was also struck.

De Vanna admits to crying when she found out she was going to captain her country.

It’s her stand-out achievement in a glittering career that has seen her take in stints in England, Sweden, the United States and, of course, Australia.

De Vanna reveals that she doesn’t have many friends, but the ones she does have changed her life. Rose Garofano is one of those.

Garofano, an ex-state schoolgirls coach, met De Vanna at a training camp. The Matildas star says she’s “had my back” ever since.

“She is one person I can confide in when things get tough,” De Vanna said

“She saw my potential and how far I could go and how dangerous I was as a player.

“Ever since then, she has had my back through the good times and the bad times.”

With the help of Garofano, a period of “heavy soul searching” before the 2015 World Cup saw De Vanna lead Australia to the last eight of the tournament.

In her country’s tournament opener, and her 100th international appearance, De Vanna scored, making her the first female to score at three consecutive World Cups.

It sparked an exciting run at the tournament that included a win over Brazil. For women’s football, 2015 was exciting. With Rio on the horizon, the hope is that 2016 will be even better.

‘The only thing that drives me’

The Matildas breezed through their Olympic qualification tournament earlier this year, with De Vanna playing a key role.

So, by featuring in the Olympic Games for the first time in 12 years, the Matildas will carry the can for football. The men’s side, the Olyroos, missed out in disappointing fashion.

Australia are a very real medal chance in Brazil, given the swagger, exuberance and depth they’ve shown in recent months.

And De Vanna cannot wait for the opportunity to lead her country on the big stage.

“There is no question how passionate I am playing for my country,” she said.

“It’s one of the only things that drives me as a character as well.

“People can see when I put that jersey on … they see through the car. They see it’s pure heart and love for the country.”

The Matildas play their first game in Melbourne for 10 years when they meet New Zealand on June 7 at Etihad Stadium.

On Saturday, the Matildas beat their trans-Tasman rivals 2-0 in Ballarat thanks to a brace from Caitlin Foord.

The game in Melbourne is the first of a double-header, with the Socceroos to play Greece afterwards.