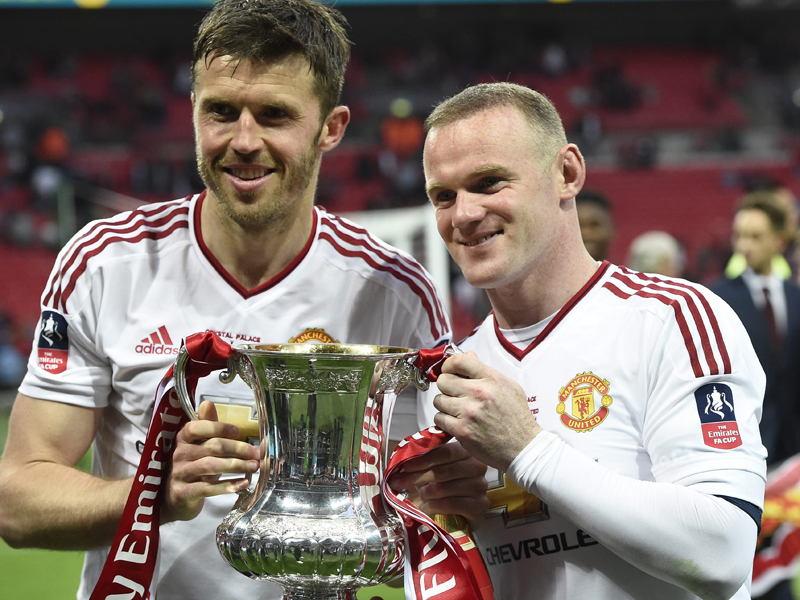 United’s 2-1 win has given them the Cup for the first time since 2004 thanks to a superb volley by substitute Jesse Lingard at Wembley on Saturday (Sunday morning AEST).

Palace have spent much of their history as lesser lights of the competition, but in recent seasons have risen to become a top-flight club.

Jedinak had been confident they could win their first major trophy and qualify for Europe and said in the days before the match they had the chance to establish themselves as  pathfinders.

The game had been locked at 1-1 after 90 minutes with Jason Puncheon coming off the bench to put London side Palace ahead in the 78th before Juan Mata equalised three minutes later.

United had Chris Smalling sent off after 105 minutes but Lingard popped up five minutes later to give manager Louis van Gaal a first trophy in his two years at Old Trafford.

“It’s fantastic to win this title for the club, the fans and also for me,” said the Dutchman. “Now I have won a Cup in four countries. Not many managers can say that so I am very happy.”

Underdogs Palace had taken the lead when Puncheon, who had only come on six minutes earlier, deftly controlled a long ball into the area and fired past goalkeeper David de Gea.

But within three minutes Wayne Rooney went on a brilliant run across the edge of the Palace area and crossed for Marouane Fellaini to set up the equaliser for Spaniard Mata.

Playing the second period of extra time with 10 men after Smalling’s dismissal for a second yellow card, United won the game with Lingard’s fierce drive 10 minutes from the end.

After the game Jedinak was going straight into training camp with the Socceroos ahead of their match against England on Friday.