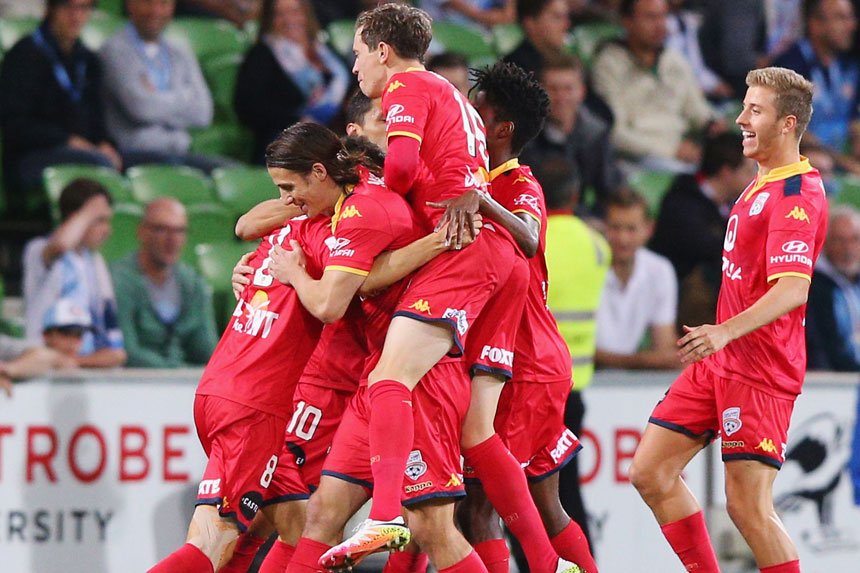 Things got so bad that one supporter decided enough was enough. He advertised two season tickets for the remaining home matches on Gumtree – for just $50.

How things have changed.

United eventually got to grips with Amor’s style and, boasting the league’s best defence, embarked on a club-record 14-match unbeaten run.

They stuttered against Melbourne City in March but used it as motivation, closing the regular season with three straight wins, including a 2-0 away victory over the Victorian side on Friday.

That, and Brisbane Roar’s failure to beat Melbourne Victory on Saturday, saw United finish the regular season on top of the table and win the A-League’s Premiers’ Plate.

So, as the finals start this weekend, United will have their feet up, preparing for a home semi-final in which a win would come with an appearance in the competition decider.

“I remember receiving a link from Gumtree,” Elrich said.

“Someone was selling their two season passes for $50 saying they were ‘sick of watching a bunch of flops’.

“I didn’t want to show the boys. It was more something for me … it was just a hard place.”

Elrich said he understood the fans’ frustrations, as it was a very difficult time for the players as well. Despite the horrendous start to the season, belief remained high.

“It just shows when you stick to a goal and believe in each other, anything is possible,” he said.

As for the Gumtree ad, he said a more optimistic fan would have got a bargain.

“I guarantee those tickets are worth a lot more than the $50 now.”

‘We deserve this title’

While the silverware is Adelaide’s first in the league in a decade, Amor is no stranger to success.

The 48-year-old was a superb player for both Barcelona and Spain – so much so that he is a rock star in the Catalan city.

He played 550 matches in all competitions for the European giants, scoring 89 goals from midfield and winning a swag of trophies, and he worked for Barcelona as head of youth football and technical director once his playing days were done.

Amor then arrived in Australia to assist fellow Spaniard, and ex-Reds coach, Josep Gombau in 2014.

Gombau’s departure paved the way for Amor’s appointment and he hopes this will be first of many trophies he wins as a manager.

“This is a fantastic achievement for our team and for our club,” Amor said.

“We deserve this title because our team has worked very hard all season.

“Even when things were not going so good, we always had belief in one another and in the football we were playing.

“I know how much my team deserves this Championship, and, as a group, we will do everything we can to make sure we win this title for the club and the people of Adelaide.”

But they have never been better placed.