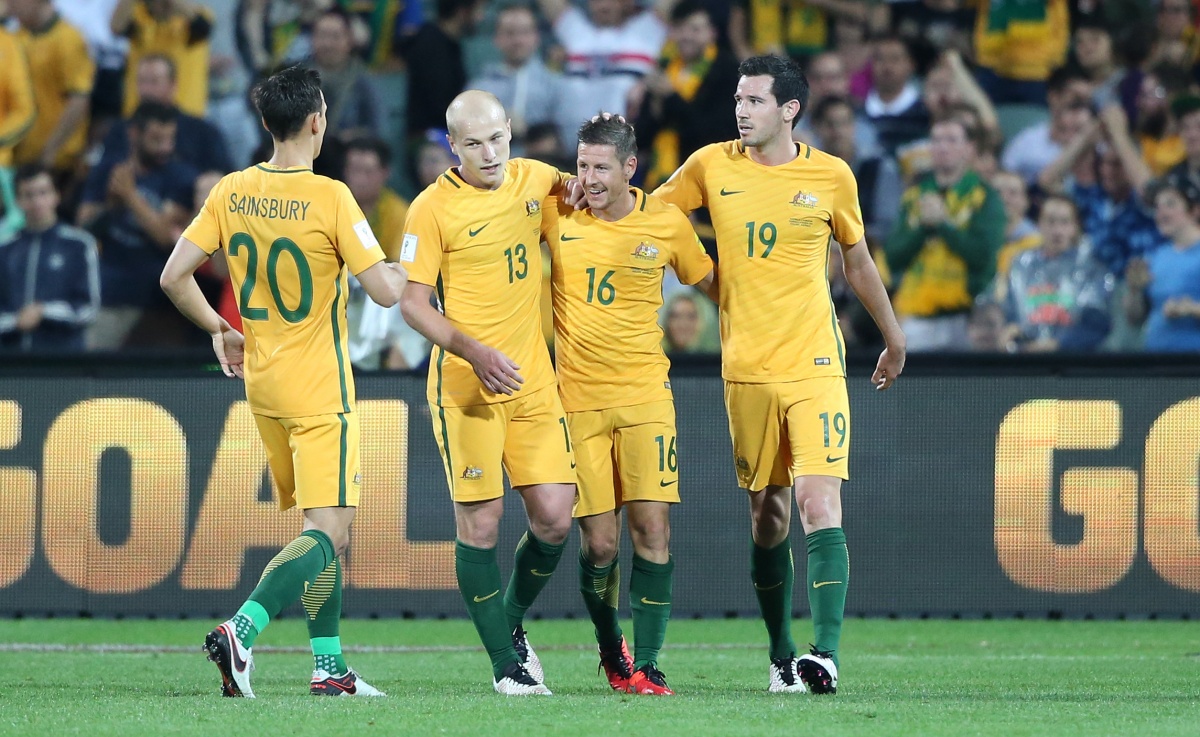 Greek-born Apostolos Giannou made an instant impact for Australia in a 7-0 drubbing of Tajikistan that rubber-stamped a ticket to the next stage of the World Cup qualifiers.

The Australians will advance from the top of their group after treating the Tajiks as training cones in a Thursday night romp at Adelaide Oval.

Giannou, who described his recent decision to opt for Australia over Greece as the hardest of this life, laid off a pass for Luongo’s scorching second-minute strike which set the tone of a lopsided fixture.

The central striker then earnt two penalties – and both were converted by captains: Jedinak in the 12th minute and his halftime replacement Milligan in the 57th.

Attacker Burns added another in the 67th minute when given gold-plated service from Aaron Mooy, who toyed with the Tajiks in a masterful midfield display before 35,439 spectators.

Rogic then came on and scored twice in a three-minute span with sweet strikes – though one of them denied Giannou a goal.

Rogic’s 70th-minute blast just cleared the line before rebounding to Giannou, who belatedly tapped in.

The Greek recruit later hit the bar from close range – one of four Australians to strike the woodwork – before Burns put the icing on the Socceroos’ cake with a headed goal in the 87th minute.

Australia recorded a whopping 38 shots to one from the Tajiks – and that was kindly credited by statisticians as it was a hopeful kick from almost 40 metres out which ended up dribbling just inside a corner flag.

The Australians will keep top billing of the group regardless of Tuesday night’s result against Jordan in Sydney – the last of the initial stage of qualifying.

Australia will then join 11 other Asian nations in the next qualifying phase for the 2018 World Cup in Russia – the draw will be held in April for a stage starting in September.