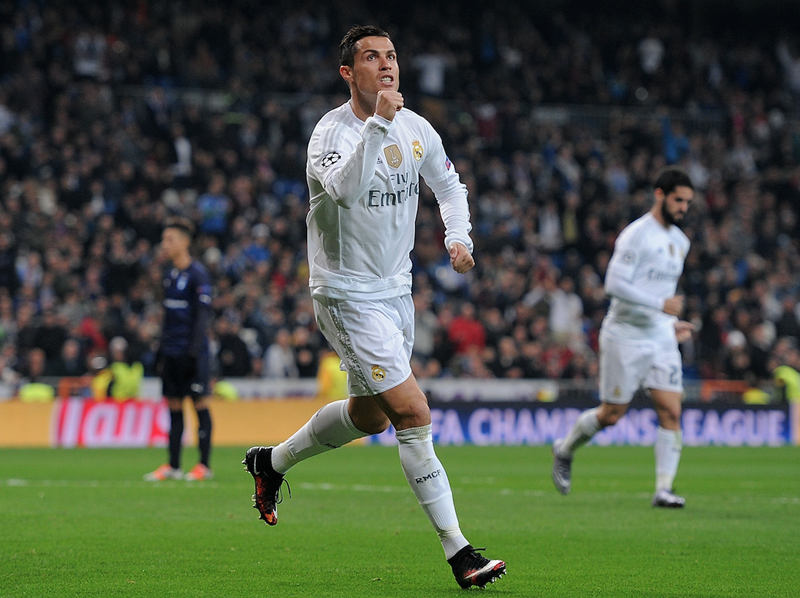 Real Madrid forward Cristiano Ronaldo has broken his own record for the most goals scored by an individual in the UEFA Champions League group stage.

In the 2013-14 season, Ronaldo and Shakhtar Donetsk’s Luiz Adriano scored nine goals in the six matches of the group stage.

But the Portuguese star passed that mark with four goals in less than 20 minutes of playing time against Swedish side Malmo on Wednesday morning (AEST).

• VIDEO: Cristiano Ronaldo’s ‘disgraceful’ celebration
• A-League in crisis as Postecoglou pleads with the fans
• Who on Earth are these touring West Indies cricketers?

He scored 11 goals in the group stage to set the new record.

The Spanish giants cruised to an 8-0 win in Madrid – a result that saw them move finish top in Group A and move into the last 16 of Europe’s premier club competition.

Ronaldo opened his account in the 39th minute, after team-mate Karim Benzema had already scored twice.

He netted again in the 47th minute before grabbing his hat-trick – and the record – just three minutes later.

And Ronaldo scored again for good measure, in the 58th minute, before further strikes to Benzema and Mateo Kovacic wrapped up Real’s big win.

Remarkably, Ronaldo has scored more goals in the group stage than several teams did, with Juventus netting just six, and Manchester United seven.

Watch all four of Cristiano Ronaldo’s goals below: